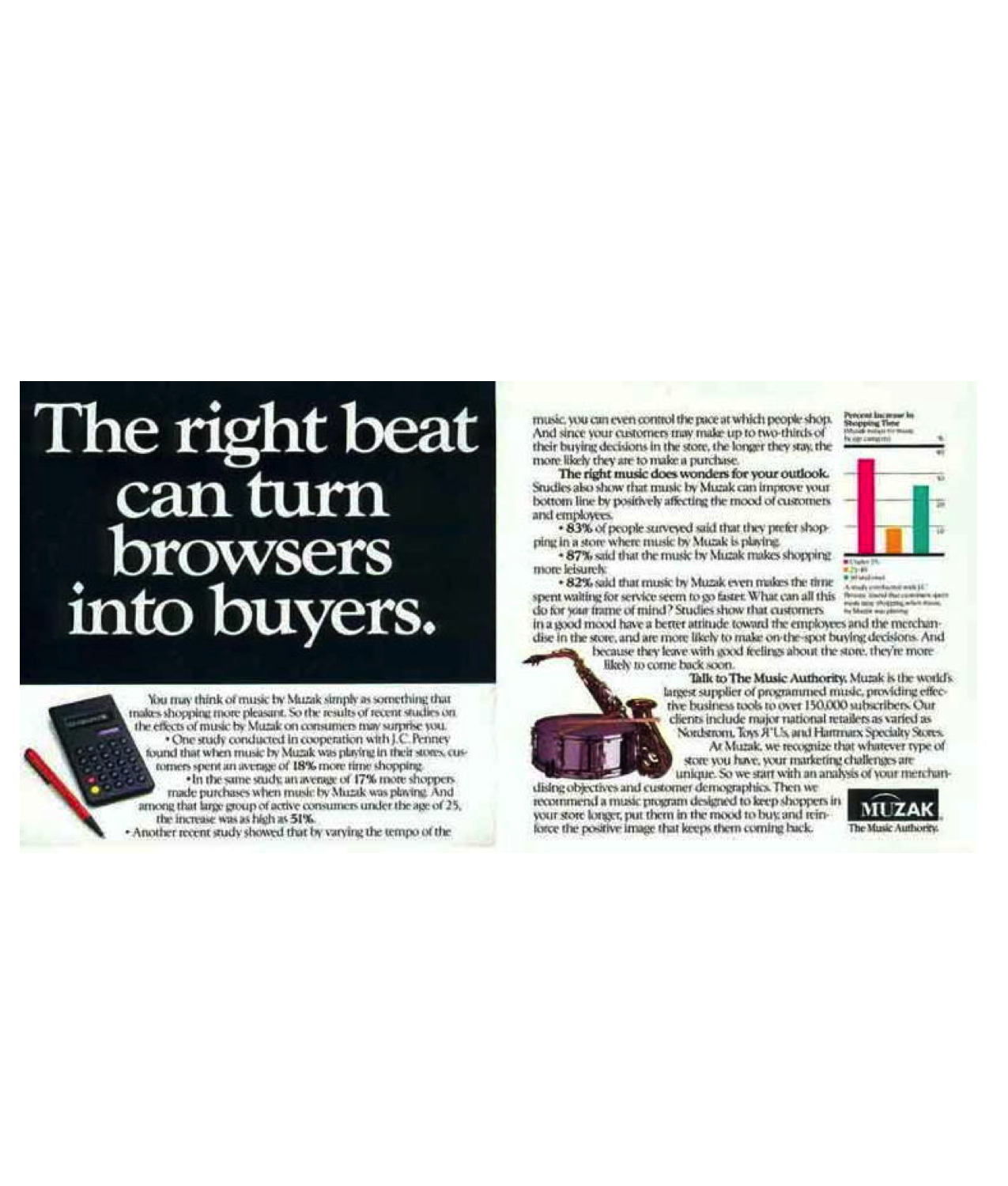 What is functional music? It was 1922, and a company called Wired Radio introduced a new product: Muzak, a portmanteau of music and Kodak. It was a name coined by Brigadier General George Squier.

Mr. Squier found and performed research that suggested background music increased productivity, improved worker morale, and reduced absenteeism. However some songs actually did quite the opposite when workers began clapping their hands to certain songs or singing along; and one executive observed that, “Once people start listening they stop working”. The research showed that just about every activity could be “stimulated” robustly with “scientifically” shaped music.

Muzak invested heavily in research, and put the development of its programming into the hands of a specialized engineering team called “audio architects”. In the 1940-1950 the empirical research of the audio architects found that they could use galvanic skin response, breathing, heart rate, brain activity, film of the work area and other advanced human telemetry for the era to tune a score of music in to functional music. They called it the Stimulus Progression and it is an almost lost science will what is millions of dollars in research in 2020 dollars I found thrown away in a dumpster many years ago. The work product of thousands of hours and over 50 years.

In this Member-Only insight I will present an overview of functional music, Yerkes-Dodson law and Muzak. If you are a member, thank you! Log in below. If you would like to join us, enroll below.

4 thoughts on “Silence is the loudest noise—The Story of Functional Music.”