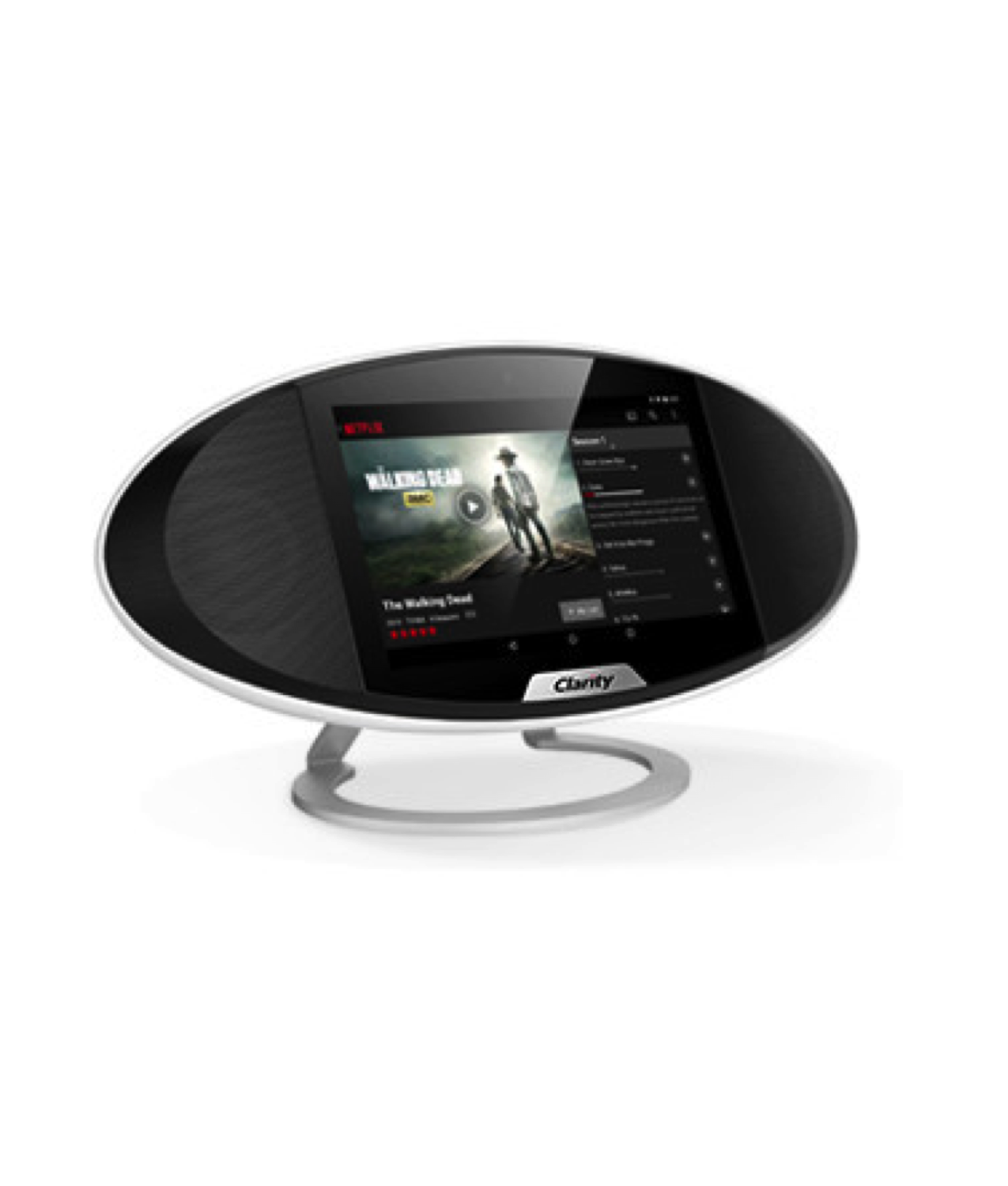 Clarity is one of the first viable Voice First appliances that utilizes a screen (link: Clarity ).  Clarity has moved a small step to the situation and ephemeral screen I know Voice First ultimately will have.  By merging a 7-inch android tablet to access to Alexa and Google Assistant, the system solves the issue of bridging the need to see some information.  Early adopters agree.

This Indiegogo project has already generated a tremendous response with over 1,660 supporters raising $226,871 at a general $149.00 price point.  The features of the system is quite impressive for the price point: 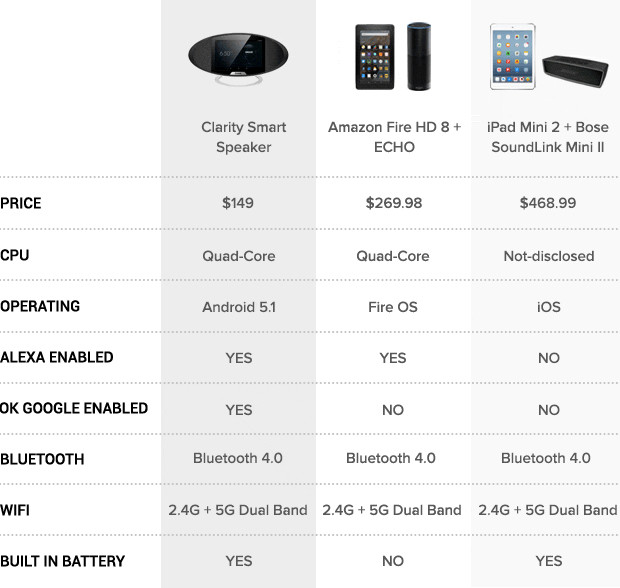 When compared to typical Voice First and speaker arguments, Clarity has a significant price advantage.  By merging functionality of a tablet, speaker and Voice First system, Clarity has shifted the momentum of what is possible.

In my thesis I see a range of Voice First systems.  On the simple and most common version a screen would not be built-in but can be referred to by delivering visual information via the user’s TV Screen, tablet screen, smartphone screen.  There is nothing stopping Echo and Alexa from delivering any visual results to your Fire Equipped TV or Tablet. The next level is what I call the Appliance level.  This is where Clarity fits.

The Voice First Appliance Coming Soon From Amazon And Apple 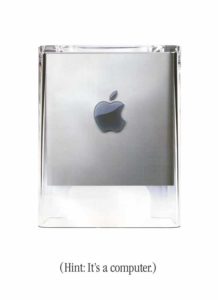 Clarity is close to the Apple-like appliance approach the company is famous for.  Apple’s likely move into the Voice First sector will mirror how they entered into the MP3 player market.  At the time there were 100s of devices.  Apple leap-frogged the industry by introducing a number of shifts.  Prior to the iPod, most devices could only hold about 30 songs, with the miniature hard drive in the first iPod days worth of music could be held on the device.  In the case of Voice First devices, mediating the dialogs properly and allowing for visual information, when needed to be presented on a screen is a typical Apple challenge where the company excels.

Apple enters into the market with a reference system similar to Clarity and than expands to a screen-less version similar to Amazon’s Echo system with Air Play routing visual information to iPhones, iPads, computers or Apple TVs.  Apple will use the work product from a number of acquisitions from Prime Sense to Vocal IQ which will have a camera to allow for identity verification of Real Face and emotional intent extraction from Emotient using the muscles in your face to help Siri understand you far better.  I speak to this in this Forbes article [1] and this Read Multiple article [2].

In the short term we have Clarity and at the $149 price point it is not a disposable product however it is not a huge investment no matter what Amazon or Apple creates, until than get a Clarity while you can here.  Clarity will hold it’s own as other systems enter into the market as I see we will be surrounded by dozens of Voice First systems.

🔮History will show saying Apple won't make a far-field #VoiceFirst device in 2017 is like saying they won't make an MP3 player in 1999.