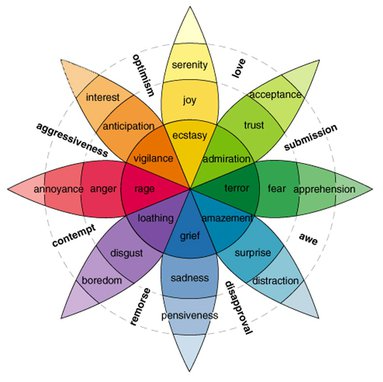 Does it really take 21 days to break a habit? Yes and no. The determining factors arise from the root emotion and neuropeptide connection the behavior has. It may take far longer if certain conditions are not met.

The Human Experience, Built On Emotions

Every single human action is tied to Neuropeptides that are released by the Brain and sent through the blood stream to receptors on every cell in your body to reenforce an emotional state and therefore the human behavior with an expected outcome (from prior experiences) which then reinforces the behavior. All behaviors/habits are generally tied to these neuropeptides and the resulting emotions they produce. This is the neuropeptide cycle and is a phenomenal system when the behavior is objectively judged as being beneficial. It is the bane of existence when the neuropeptide cycle is not judged as being beneficial.

There are a number of ways to understand and therefore emphasize or deemphasize a behavior or habit. It is also very important to note that it may be quite difficult to assess if a particular behavior/habit is ultimately serving ones best interests or not. There may be quite a bit of complexity in the evaluation just to arrive at this judgement (eg: I read a lot of books, bad habit? Perhaps, if it removes me from other things that may be important like sleep, eating, meaningful relationships, etc.)

I will focus on the work of two researchers that have produced astounding insights on the opposite sides of this issue. This work will then suggest a path for insight, understanding and solutions.

Robert Plutchik (http://en.wikipedia.org/wiki/Robert_Plutchik), Professor Emeritus, Albert Einstein College of Medicine and adjunct professor at the University of South Florida, authored or coauthored more than 260 articles, 45 chapters and 8 books with the primary focus in the study of emotions, suicide and violence, and the psychotherapy process.

Professor Plutchik’s psychoevolutionary theory of emotion is one of the most detailed classification approaches for general emotional responses. He postulates that there are eight primary emotions: anger, fear, sadness, disgust, surprise, anticipation, trust, and joy. These are the basic emotions that are biologically primitive and have evolved in order to increase the reproductive fitness of the animal. Professor Plutchik empirically suggests these emotions to be the trigger of behaviors with high survival value, such as the way fear inspires the fight-or-flight response.

Professor Plutchik first proposed his revolutionary cone-shaped model (rendered in 3 dimensions) and the wheel model (rendered in 2 dimensions) in 1980 to describe how emotions were related. He suggested 8 primary bipolar emotions. This circumplex model creates clear connections between the concept of an emotion circle and a color wheel. Like primary colors, primary emotions can be expressed at different intensities and can mix with one another to form different emotions.

Dr. Pert postulates that emotional addictions are similar to an addiction to a drug, like heroin. A chemical addiction develops when the drug sub-sensitizes the receptor cells in the body. This makes the body crave more of the drug in order to achieve a high. In this case the “drug” is a self produced Brain neuropeptide that is ordered up by the opiate receptors in your body to reenforce a particular emotion.

Dr. Pert’s research has amazing implications for understanding and appreciating what emotions do and how they control our very existence. Information-carrying neuropeptides are responsible for 98 percent of all data transfer in body and brain. The remaining 2 percent of communication takes place at the synapse, between brain cells firing and releasing neurotransmitters across a gap to hit receptors on the other side.

There is no doubt that Dr. Pert’s research demonstrates a cyclical feedback effect that is produced and if not interrupted will go on indefinably until something forces a change.

There are over 200 peptides thus far mapped in the brain and body, each one sounding a complex emotional chord—such as bliss, hunger, anger, relaxation, or satiety—when their signal is received by the cell.

How To Break A Habit

Although these researchers have not collaborated, one can draw insights connecting the results of their work. All habits have an emotional payoff and therefore an emotional trigger. Even if the habit apparently, on the surface, does not seem to be beneficial, it is tied to Professor Plutchik’s primary emotions and thus reenforced by Dr. Pert’s opiate receptors on the cells and the neuropeptides produced in the brain. Dr. Pert demonstrates that receptors wax and wane in number and sensitivity, depending on how often they’re occupied by neuropeptides or other informational substances. In other words, our physical body can be changed by the emotions we experience.

Thus this new thinking shows that all habits/behaviors could be mitigated once the receptors become less sensitive and perhaps lesser in number. How long this may take is based on how deeply a habit/behavior is connected to the neuropeptide/emotional payoff. Complicating this of course, is drugs/substances that also connect to cell receptors and this is another issue that I will not address here. If we assume that there are no outside drug/substances research shows that in about 45 days there would be a material impact on the sensitivity of receptors and the number of receptors that generally connect to an undesired habit/behavior.

A Desire For Change

As with any addiction there will be a withdrawal process produced in your body and reinforced within your Brain. The withdrawal is very real and can be documented by tracking the demand loads from the cell receptor sites. During primary withdrawal, about 14 days, it is quite important to tie the habits/behaviors consciously to the opposite area in Professor Plutchik’s circumplex model charts. Easier said than done for most but if one breaches this critical gap, within an additional 14 days (28 days from start) the majority of the work would already have been done. By the 45-56 day mark, your cells would have been de-emphasized for a particular neuropeptide requirement and emotionally one would not feel the same level of attraction to the unwanted behaviors/habits.

All of this starts with your mind and your desire, and it sounds obvious, but many embark on a path of change without a real desire. Without a true desire to change, very little can be done. Some researchers have found that a replacement habit/behavior that is serving you in some meaningful way would be the most preferred way to overcome these challenges. If one maps this new habit/behavior to a positive primary emotion from Professor Plutchik’s chart, you would be tipping the scales to change.