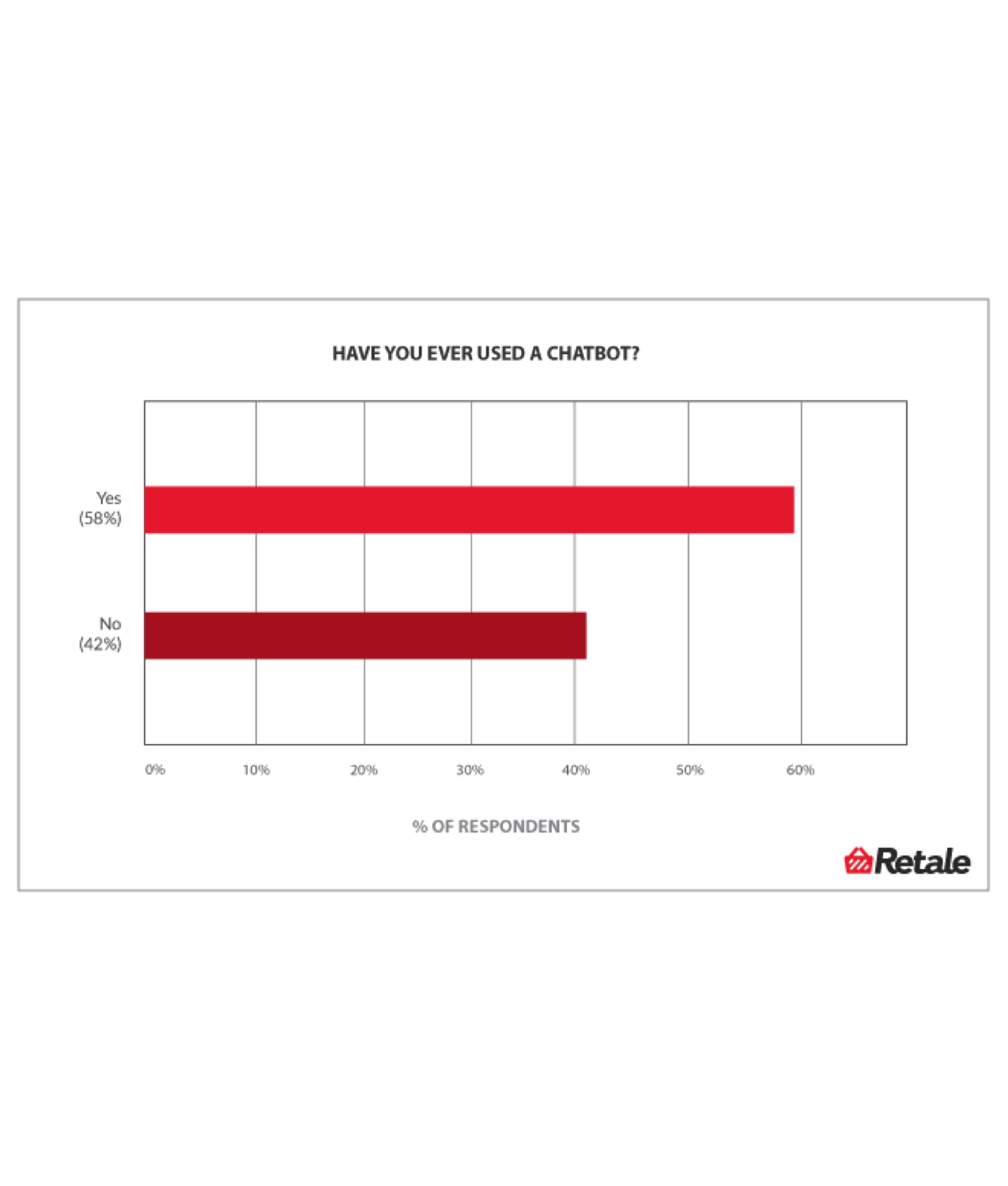 Voice First Survey: 67% Would Like To Have Voice Commerce

Retale (www.retale.com), a technology company that develops mobile first shopping experiences commissioned a study examining Voice First adoption and experiences among millennials.  500 millennials ages 18-34 were polled between December 1-6, 2016. The results for many may be stunning: 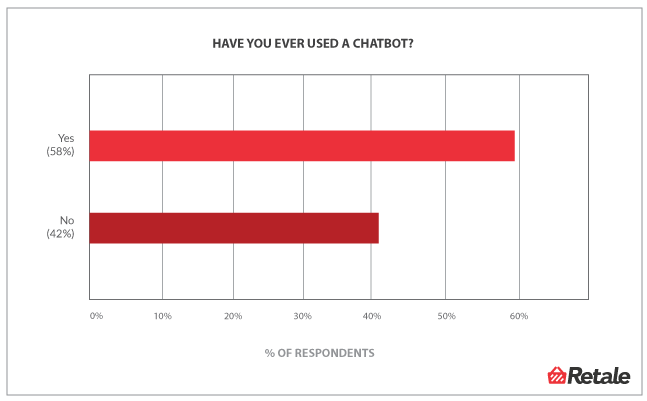 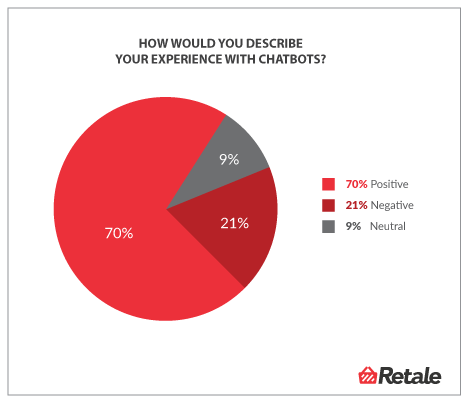 55% Say Accuracy is the Biggest Hurdle 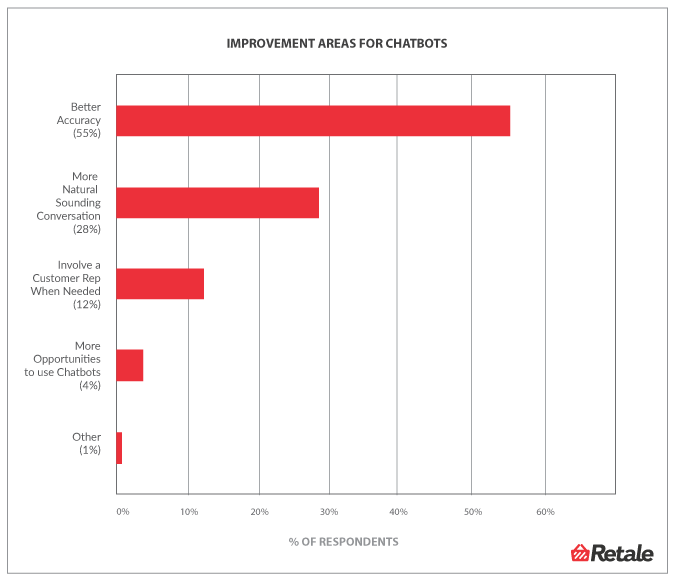 When asked to rate “improvement areas” for chatbots, “accuracy in understanding what I am asking and looking for” was the top pick, selected by more than half (55%) of all respondents. In second place was the “ability to hold a more ‘human’-sounding, natural conversation” (28%). It was followed by “getting a human customer rep involved where needed” (12%); and, finally “I would like to see more of them because there just are not many opportunities to use chatbots” (4%). 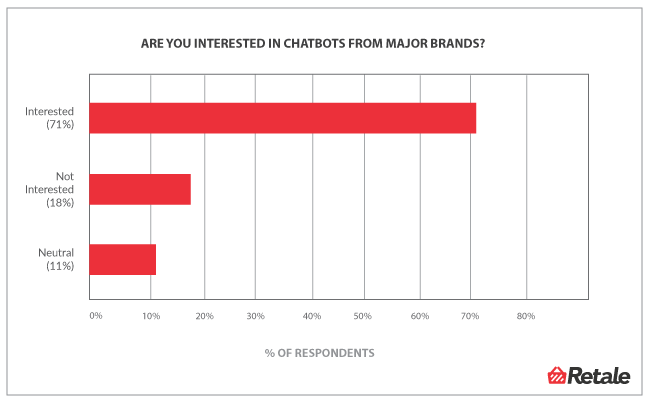 In recent years, major brands have launched their own chatbot applications. H&M, for instance, has rolled out a chatbot that asks users questions about their style preferences and shows suggested items they could be interested in. Pizza Hut, alternatively, uses a chatbot to allow customers to place orders on Facebook and Twitter.

When asked whether or not they had any interest in trying chatbot experiences from consumer brands, 71% of millennials surveyed said that they are interested versus just 18% who said they are not. 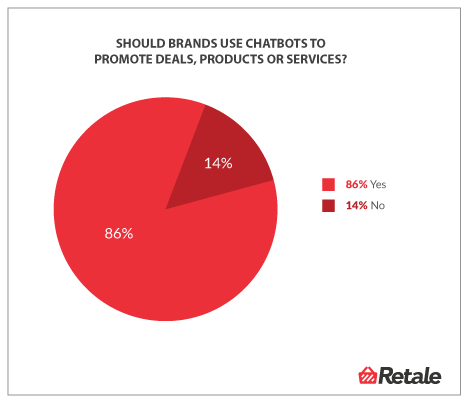 When asked if brands should use chatbots to “promote deals, products and services” to consumers, nearly 90% (86%) of millennials said “yes,” while just 14% said “no.” 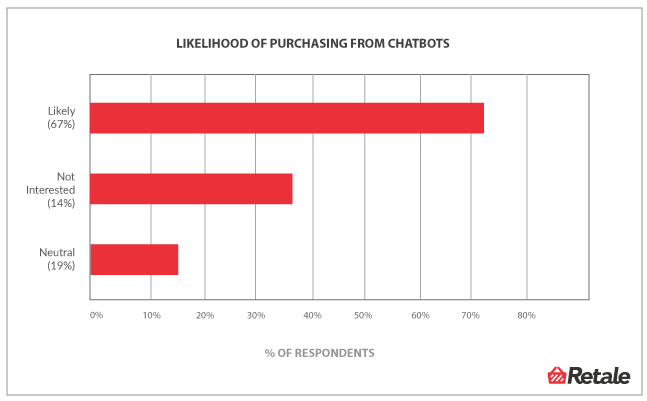 When asked how likely they are to purchase items and services from brands via chatbots, 67% said they are likely to do so, with 36% of that group calling it “very likely.” Only 14% said that they were not interested and 19% were “neutral.”

This study verifies the research I have done in Voice Commerce.  The idea that Voice First devices are just a new form of talking clocks and music players is like calling the iPhone just a cell phone in 2008.  The iPhone turned out to be far more and one thing it is doing much more of, and no-one thought I would, is mobile commerce.

Although we are in very early days, and many think Amazon already won the Voice Commerce market, my thesis is that there will be an amount number of winners, just as there are in web commerce and mobile commerce.  The only issue, just like mobile commerce, few are taking Voice Commerce very seriously.  The one industry that should have taken it seriously about a year ago is young and legacy payment companies.  Many have a habit of saying “lets do this” and than never acting on it. Over time we will see who this was and how it worked for them.  In the mean time the astute are already building Voice Commerce solutions ready for millennials and other money they have to spend.