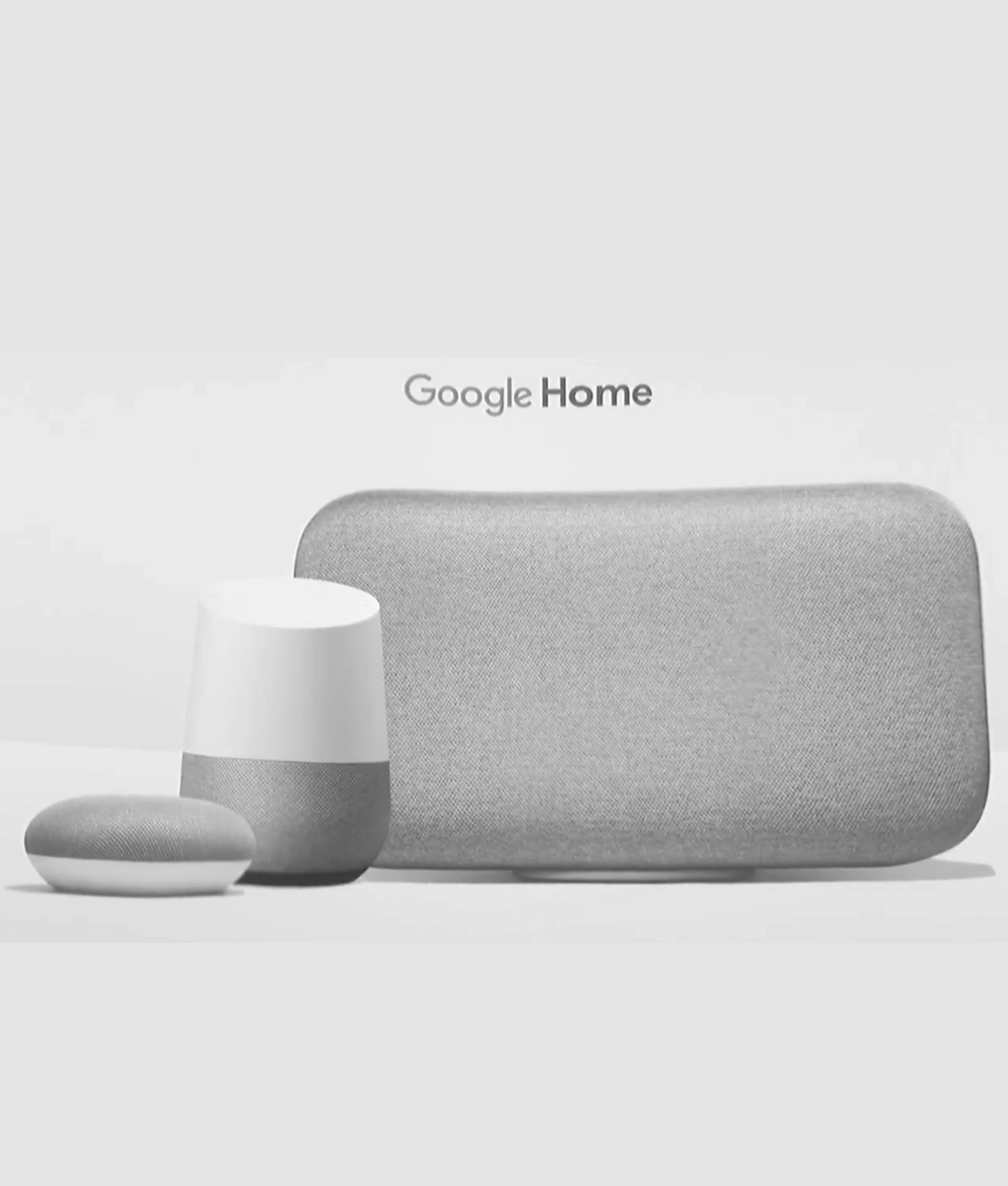 Google Is Going All-In On The Voice First Revolution.

Today (October 4th, 2017) Google announced a range of Voice First devices.  This is Google’s moment to advance in the Voice First revolution by claiming back some territory taken but the astounding growth of Amazon Echo/Alexa.  Today Google is playing on the strengths it has in AI and Machine Learning.  By far today’s Made By Google event can rightly be called a Voice First event.  Google lead the event with Voice and carried it through to the end with Voice First announcements. They had a lot to show.

The Google Home Mini is the new small scale device priced at $49 retail.  The Mini will have three color choices “chalk,” “charcoal,” and “coral”.  The device is very much like Amazon’s Echo Dot.  It’s not designed explicitly to play music, it is meant to get the Google Assistant into more rooms of your home, making it better for getting news and schedule updates, listening to podcasts, and sending instructions to other Google-connected products like a Chromecast Audio-equipped speaker. It will also connect wirelessly to any any speaker with Chromecast built in.

The Mini will have some new kid-friendly features that brings story time and gaming to the device with a new partnership with Disney, kids can enjoy some of the company’s exclusive characters from Lightning McQueen to Star Wars.  Google is also working with partners like Warner Brothers and Sports Illustrated Kids.  This new kids sector for Voice First devices will soon be open to developers and these features will be arriving on Home later this month.  All Google Home devices will have a family-linked account settings to the Google Home so that different permissions can be set through the Family Link service with a parental feature to set for children below the age of 13.

Another new feature is “Broadcast” which will allow you to push voice messages and reminders across all of your Google Home devices.  You invoke by saying “Hey Google, broadcast this” for example “Hey it’s time to get up for school!” or “Dinner is ready” Google Assistant will push the message to all your devices including the new Pixel Phone and PixelBook.  The vision is to have a Mini in every bedroom and it is a powerful idea.

Google Home Max is  a larger version that packs in stereo speakers, high fidelity and premium materials.  It tunes the audio to its own space, analyzing the sound coming from the speaker using its built in microphones to determine the best equalizer settings. Called Smart Sound, and it evolves over time and based on where you move the speaker, using built-in machine learning.  The AI assisted microphone array is smart enough to recognize the “Ok Google” invocation command even while it’s playing music loudly, it can contextually turns down the volume in the morning and can get louder when the environment is noisy.

Home Max sound power RMS is about 20 times more powerful than the original Home power by two 4.5 inch woofers on board with two 0.7 inch custom-built tweeters. You can place it in either either a vertical or horizontal orientation, and it comes in both “chalk” and “charcoal” cloth choices. It has Chrome Cast functionality and includes input via stereo 3.5 mm jack. 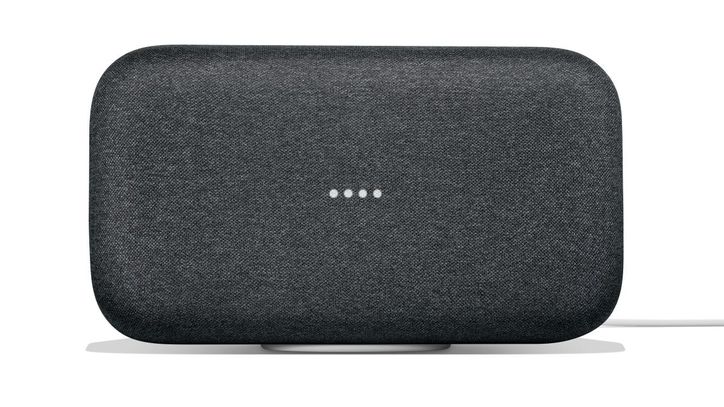 Home Max is shipping in December in the U.S., with a retail price of $399, and a release in more markets coming next year. It’s bundled with a 1-year subscription to YouTube Red, too.

The Google Pixel Buds are the first wireless earbuds that are built for Google Assistant. It is Google’s answer to Apple’s AirPods and  Google Translate so they can have conversations with people who speak a different language.  Unlike Apple’s AirPods the Pixel Buds have a wire connecting the two earpieces but the wire doesn’t connect to a smartphone or other device.  Pixel Buds will pair via Bluetooth to the new Pixel smartphones and in the future other non-pixel devices.

The Pixel Buds controls are built in to the right earpiece.  You can access Google Assistant by tapping or pressing on the right earbud allowing full access to all Google Assistant features. This includes the new integrated Google Translate feature, this feature lets two Pixel Bud wearers chat in their native languages by translating conversations in real-time. In today’s demo a native English speaker and a native Swedish speaker had a conversation with each other, both using their native languages.

Google Translate translated the languages for each user. There was barely any lag time in between the speaker saying a phrase and the Buds’ hearing those words and translating them into the appropriate language.  This is a stunning new use case for Voice First AI and is the Science Fiction promise realized. 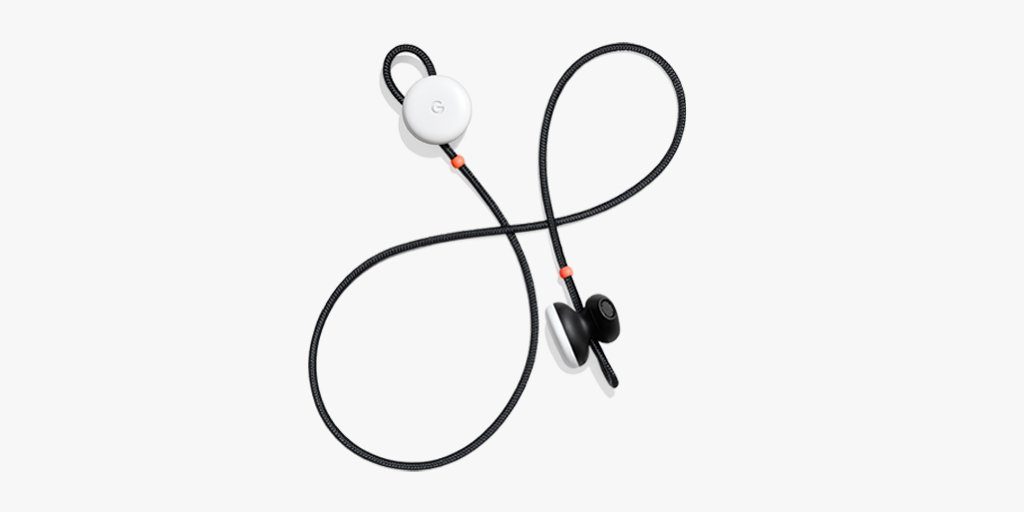 The Pixel Buds will use Google Translate to translate conversations in 40 different languages in real-time. This is a unique feature that currently only Google could integrate into wireless earbuds because of the existing Google Translate data and infrastructure. 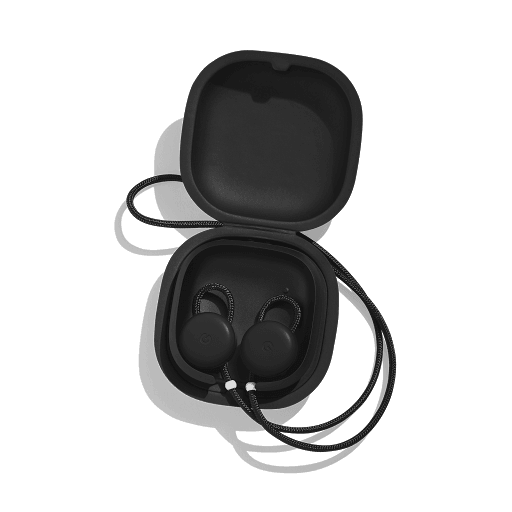 Pixel Buds have a battery that will last five hours on a single charge. They also come with a charging case that can hold up to 24 hours of battery life. Google’s Pixel Buds are priced at $159.

The new Google Pixel phone now has a more integrated Google Assistant built-in. Using a new invocation modality called “The Squeeze” you can now activate Google assistant simply by Squeezing the phone. Google has built machine learning systems that can discern The Squeeze gesture from other types of normal handling and activate the Google Assistant.  This is a rather unique system that allows for new use cases. It also has a more human way to interact as opposed to pressing a button.  This gesture is a well thought out intuitive idea. There is of course quite a bit going on with the new Pixel phone including great local AI/ML processing, however I will let others cover that in detail. The Google Pixel Phone prices start at $649. 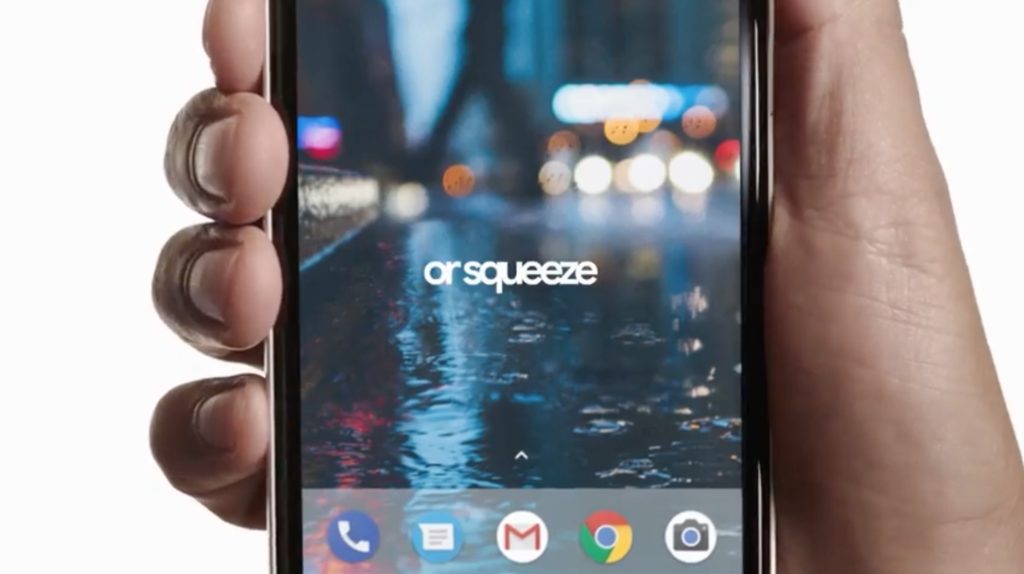 The new Google Pixelbook is a reimagining of how Google sees a laptop computer/tablet. The Pixelbook can have the keyboard hinged back to be just a tablet.  The Pixelbook also features an always-on Google Assistant with a Google Assistant invocation key on the keyboard.  There are many new use case built in to the system that allow it to operate closer to a Amazon Echo Show than a laptop/tablet.  Although this is no Echo Show, we can see the path Google will take with the upcoming Echo Show-type of device they have planned.  The Pixelbook will be priced starting at $849. 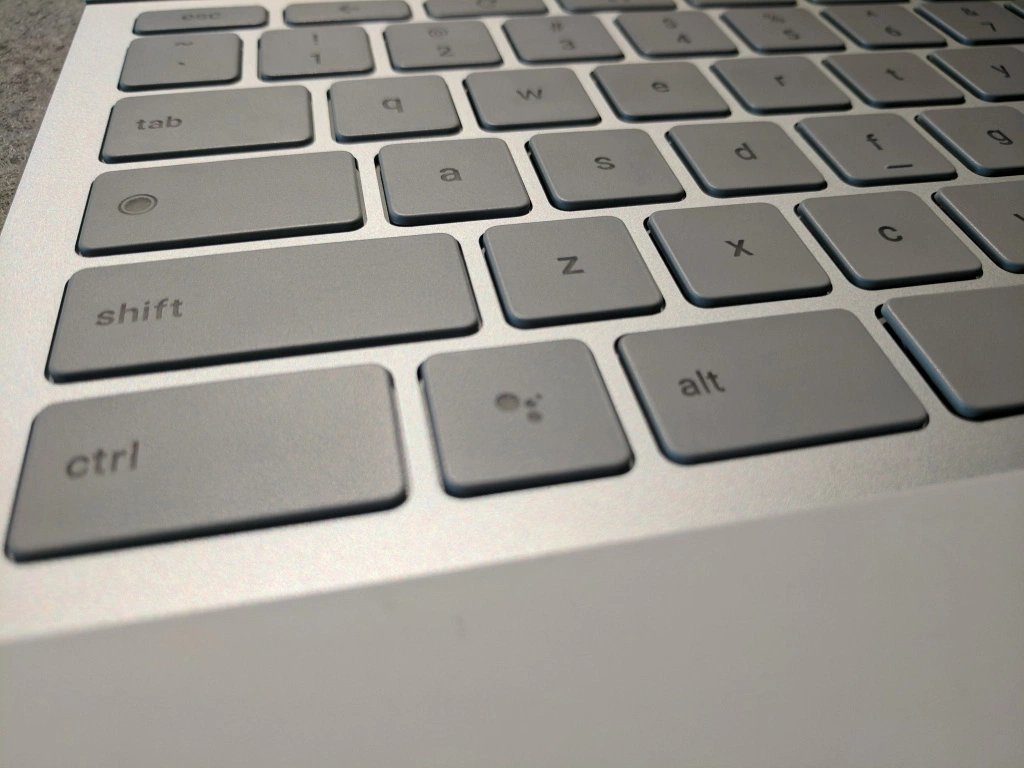 The Google Assistant Voice Match is the new advance in the technology Google fist showed earlier this year.  The system can tell know the user by unique voice patterns and build context around questions and interaction to that particular user.  This means the a user can say “Hey Google, call Billy” and dial your friend Billy’s phone number and that other shared user can make the same request and fail their friend Billy.  This feature is very powerful and much needed but not perfect. Voice ID via this type of technology is good for light duty use cases but suffers from many problems in security use cases.  It is a great new upgrade for Google Assistant but is currently limited to two users at this time.

Google owns Nest and it is logical that more deeper integrations would be announced today. There are a few but one of the most notable is with Nest Hello.  Using image recognition AI/Ml Nest Hello will remember faces of friends and family at the front door and send the name of the person to Google Home.  This is an incredibly useful feature that can allow for much higher security before you open your door.  The use cases for this technology in the home is quite staggering including access to a database of known criminals that allows for Google Home to give you a warning.  This is just one of the use cases that could be though as going too far, but will surface no matter what we may think of them.

The Made By Google Product Line

Google announced that just this year they have processed over 100 million Google Assistant questions. This is a stunning number of interactions and we are very early on in the Voice First revolution.

Today we can see the rapid expansion of Google in the Voice First world.  They call this AI First but obviously I think that is like calling a car Engine First.  AI is the engine to the Voice First.  Voice First is the user interface. The AI is of course important but over time it will become the electricity to the new revolution.  What we will remember is we can use our Voice to interact with it.

Amazon took most in the tech world by surprise with the release of the Echo in 2014.  Few observers even noted that it existed until 2016, including folks at Apple and Google that really should have known better.  Amazon has a 5,000+ person army just working on Alexa.  There is no historic relativity to this level of commitment.  Apple and Google by comparison may have half of this number of folks working directly in Voice First combined today.  Clearly those number of employees are going to catch up the the Amazon 5,000 persons mark, but by that time Amazon will likely be over 10,000 people directly working on Alexa.

Google and Apple are beginning to get on the right path.  Taking Voice First seriously as the “next platform” is the biggest and hardest step to take.  Google took a big step in this direction today. 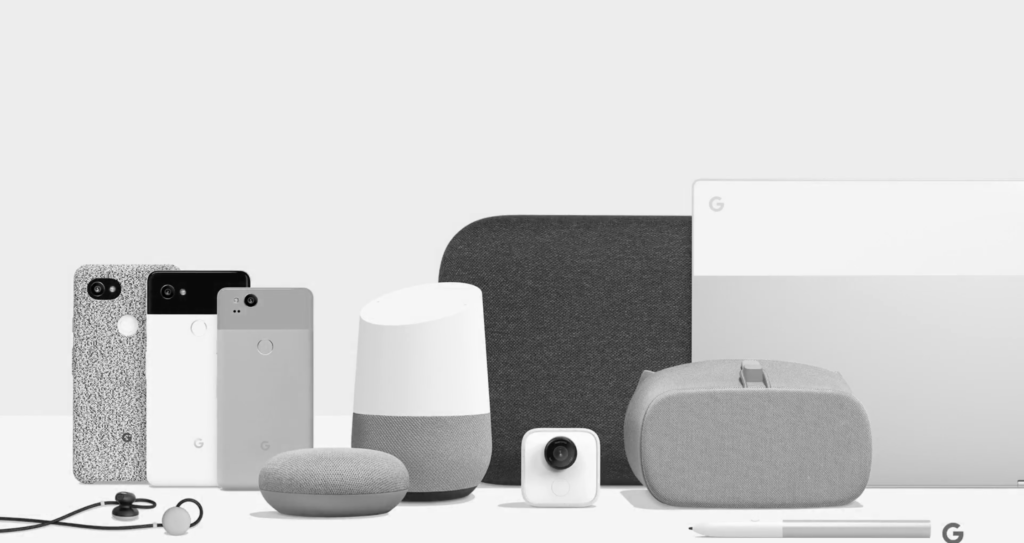 The Most Human Form Of Communication

Google’s announcements today clearly speak volumes that they are going to take Voice First very seriously.  Google has some very powerful tools at hand that can allow them to have unique solutions.  The Google Translate integration into Pixel Buds are a great example.  This feature alone has the possibility to profoundly change the world.  We are at the moment where 40 languages are no longer a barrier for real-time in-person dialogues.  We are at a moment in time where the fundamental barriers that divide us: our ability to communicate ideas and ambitions in real-time is now solved by technology.  So many conflicts from the start of history over the epochs were based on the misunderstandings between humans.  Although Google Translate with Pixel Buds will not solve all of those issues, it will begin to build a path that can help.