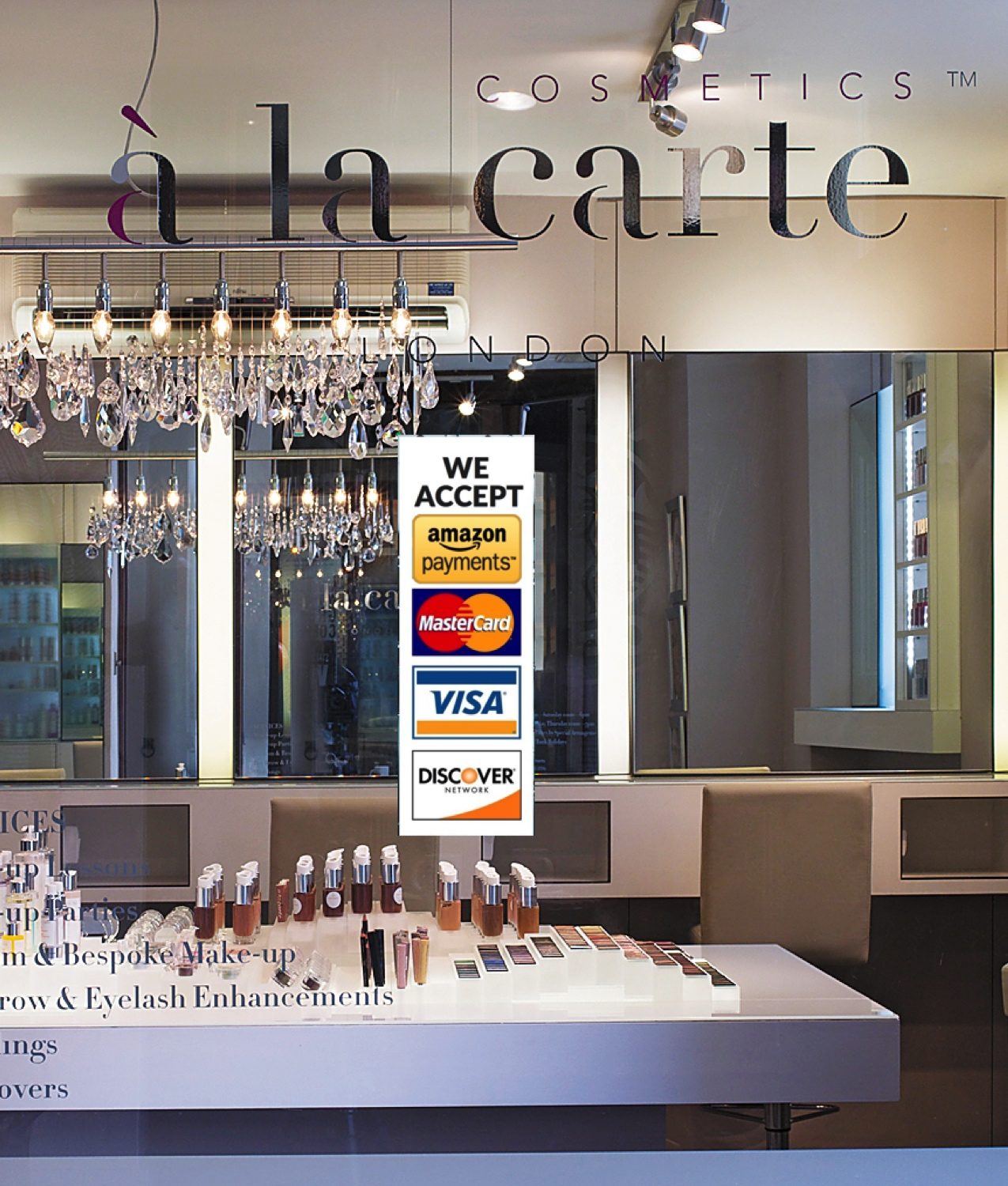 Over 75 percent of American smartphone owners have this app.  It crosses the iOS and Android barriers and even companies that compete with the app, their employees and executives have this app and they use it with regularity.  What is this app?  It is the Amazon app and it is one of the most ubiquitous apps downloaded in the US and in some age cohorts it bypasses even Facebook with installed base.

Today (July 19th, 2017) Amazon exposed a new feature to this app, it is called Amazon Pay Places [1] and it fundamentally changes how retail payments will be made in the future. For now, Amazon Pay Places is only available for pickup orders at T.G.I. Fridays restaurants in Boston, Philadelphia, Baltimore, Washington D.C., Richmond, Va. and Wilkes-Barre, Pa. But this will change soon.

During the test, to access Amazon Pay Places, you  tap on the drop-down menu to access the app’s navigation, then tap on “Programs & Features”.  The system is tied to an order ahead function that sends the order to T.G.I. Friday’s Micros POS system.  Via Amazon app users will receive updates and status of the order.

As Amazon Pay Places expands it will become another way for people to cut out cash or plastic and switch to digital payments. Amazon will extend new services that already have Apple, Samsung, PayPal and others all working on digital-payments services for both online and in-store shoppers.  The impact to companies like Square, Stripe and PayPal will be more than trivial as merchants and consumers bypass traditional payment methods.  In the small to medium merchant cohort an online or retail business could today just accept Amazon Pay and perhaps reach 90% of their customers in the US.  There is no need for a traditional merchant account, machine or dongle when Amazon Pay is already in the customer’s pocket.  This also should be worrisome ultimately to Visa, MasterCard, American Express and Discover as consumers lose payment brand awareness and replace it with merchant payment brand awareness.  In 2013 I presented a first responder notice to the payment industry that Amazon Pay would become quite large [2]. Few really took this serious and most payment companies are not prepared for a useful response.

Merchant: “Sure I will accept Amazon Pay, why the heck not?”

Amazon has a great selling angle to small and medium merchants, the service is more convenient than downloading multiple apps for a handful of different stores and restaurants it is also well know to the consumer and they have likely already known how to navigate through the app. The merchant will likely pay less than a typical Visa or MasterCard transaction, but this is not the largest selling aspect to the merchant.

Amazon is the largest shopping aggregator in the US with over 65% of sales being serviced via thousands of Amazon Marketplace merchants.  There is nearly 100% certainty that if you shop at Amazon, most of your purchases are from independent merchants.  This shopping aggregation experience will have a powerful effect in retail sales as it can be a very useful new tool for merchant discovery and discounts.

We can expect functionality to be such that when you enter an Amazon Pay Places store, your app will notify you that this payment modality is available and may perhaps offer a discount for usage.  This feature alone will completely change payments as we know it today.  One would not need to even look for logos on the window the app will let you know. 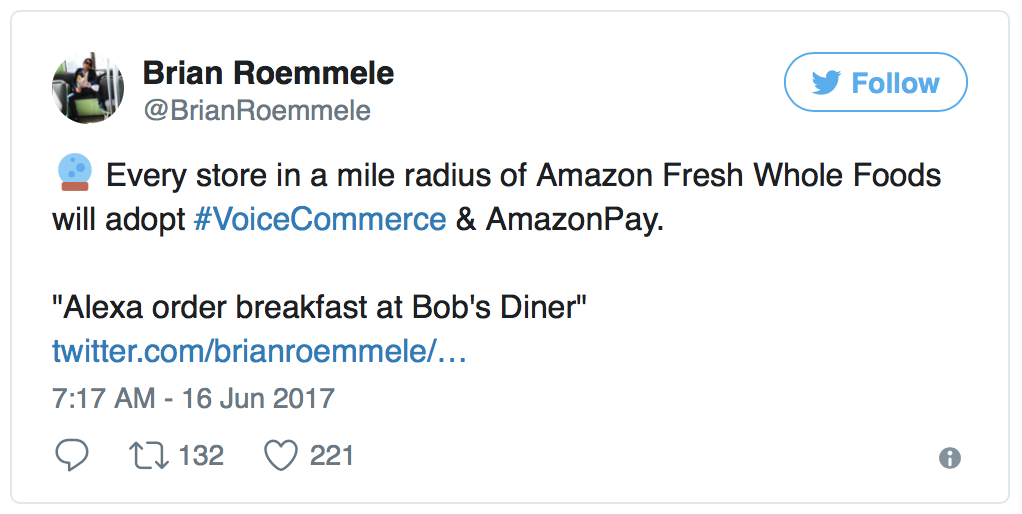 Shameless Plug For My Experience In Payments

I know a bit about mobile payments in retail stores as I coded and released the largest Apple Pay map in the world, Pay Finders [3].  With Pay Finders, in 2014 I knew merchant discovery and new payment usage reminders would play an important part to Apple Pay and it’s adoption.  I went about solving this.  Today millions of Pay Finders users have merchants discovery from the app and they get in-store notifications that Apple Pay is available.  Apple would have done and could still do well to work with us on implanting Pay Finders concepts into iOS.

With Amazon, merchants will get the benefit of being in a virtual directory that will allow for new customers to discover their business.  This form of free advertising will not go unheeded to any astute merchant.  And if done correctly, using information I know about consumer behavior with Apple Pay adoption, Amazon can prompt and motivate consumers when they enter an Amazon Pay Places merchant.  There is an art and science I have learned about this with years of work on Pay Finders.

Amazon will likely create incentives for consumers to try and use Amazon Pay Places.  This can be in the form of traditional reward points for purchase redeemable for Amazon Store credits to far more exotic programs that can really drive active customer usage. The customer also gains a sort of comfort with using Amazon Pay Places in the fact that Amazon has invested so heavily in the customer experience.  This halo effect will extend to the merchant and their business.

At some point Amazon Prime will be extended to physical retail stores.  Of course at Amazon’s own stores and Whole Foods [4], but also an array of local businesses.  These local businesses can offer, for example restaurant experiences for Amazon Prime members only.  We will also see businesses from across the retail spectrum wanting to offer programs to Amazon Prime customers.

Amazon will at some point offer revolving credit lines for Prime members and function as a true payment system.  Amazon is in the best possible position of any payment company to know the right credit lines to grant, with out the need to ever see a credit report.  This will bypass banks at some point.  This same knowledge will allow Amazon to grant loans to small business at rate unheard of.  The fact profit data that Amazon has will allow it to be the most important small merchant loan company in the world, using real-time actual profitability indicators on all of the loans it creates.  Thus for the consumer and for the merchant Amazon can form as a banking system, with-out the legal need to become a bank.

Ultimately all of this will connect to the Alexa ecosystem.  The ability for anyone to reach out via a Voice First system to any local merchant to get answers or to place orders is very powerful.  Amazon is already building this communication channel called Amazon Always (released soon).  Alexa will form the basis of Voice Commerce with Amazon Pay becoming the payment system to support it.  The Voice Commerce aspect may be seen historically as the most important point of Amazon Pay Places.

I see many ways on how Amazon Pay Place will play out.  All of them are great for the consumer and the merchant.  There is little doubt that many of the ideas I presented here will come about.  There are other aspects I will present at a later date.  For payment companies, there are many things they can do today to be a crucially important part of the future payment ecosystems.  Many however do not even grasp the concepts of Voice Commerce and Voice Payments and assume they can process payments at the bottom of some selling funnel.  This is critically incorrect and Amazon Pay Places and Amazon Pay online is living proof how foolish this position really is.  The time for them to act is now.

Merchants invented the ideas of credits and differed payments along with all the ideas around how and why we shop. In 1861 at Oak Hall, at Sixth and Market Streets in Philadelphia, Pennsylvania,  John Wanamaker invented modern retailing [5].  From the fixed-price to satisfaction guaranteed on to buy now and pay later concepts. This informed all businesses moving forward.  The very idea of new payment modalities have always been driven by retailers.  To many it may seem absurd that Amazon will become a payment giant. However it has always been the  John Wanamaker’s, the Steve Job’s and the Jeff Bezos, all retailers to fundamentally change payments.

What was past is and always will be—prologue.