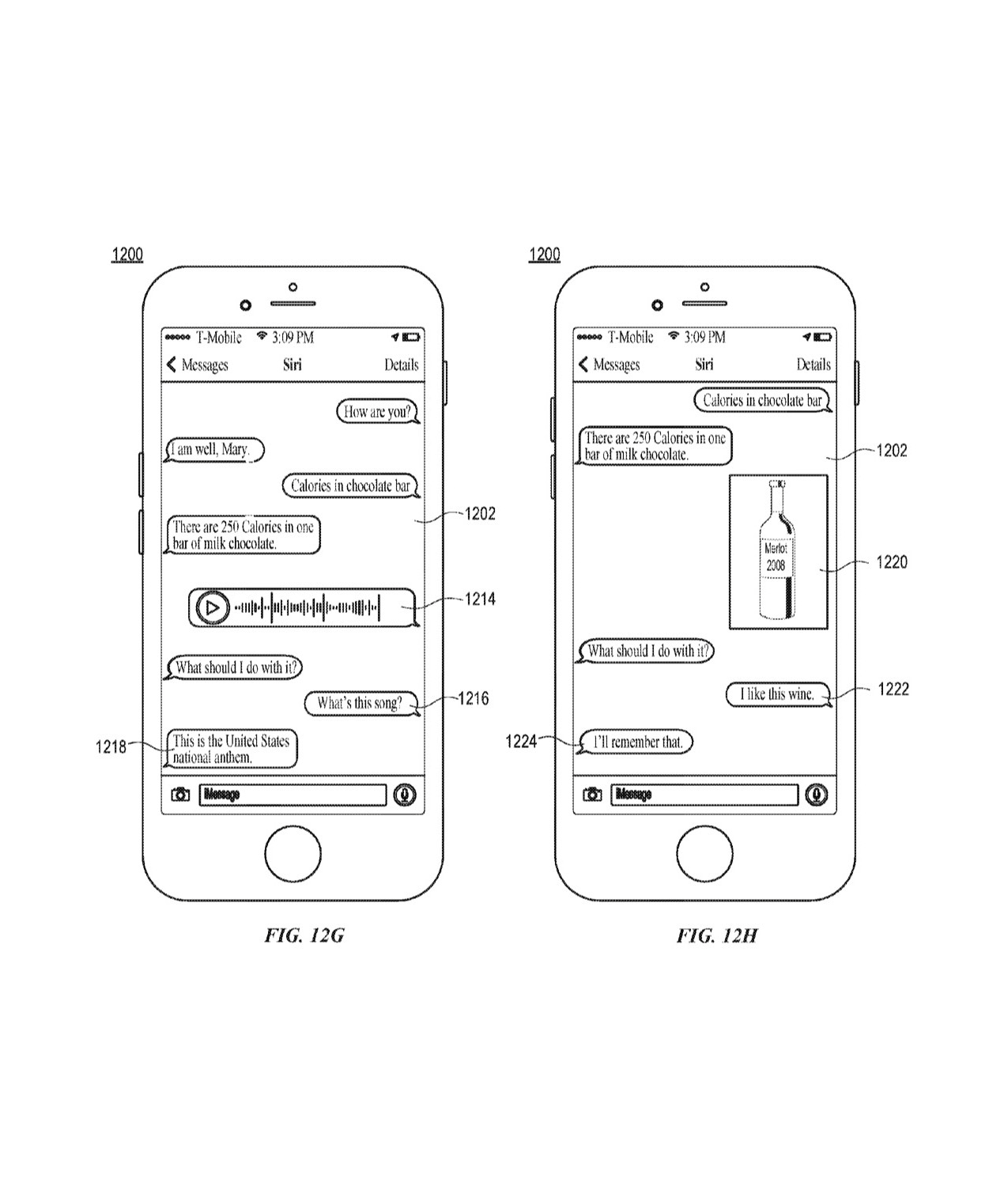 This New Apple Patent Points To A Stunning Reinvention At Apple.

On May 11th, 2017 Apple the USTPO released an Apple patent application that is stunning.  This is a rather large patent by Apple standards and telegraphs a new Siri and new Apple Messages app.  I just produced a Multiple Memorandum for paid subscribers (just $5 bucks a month, you can afford it) on the notable aspects of this patent.  I will present one astonishing new future. 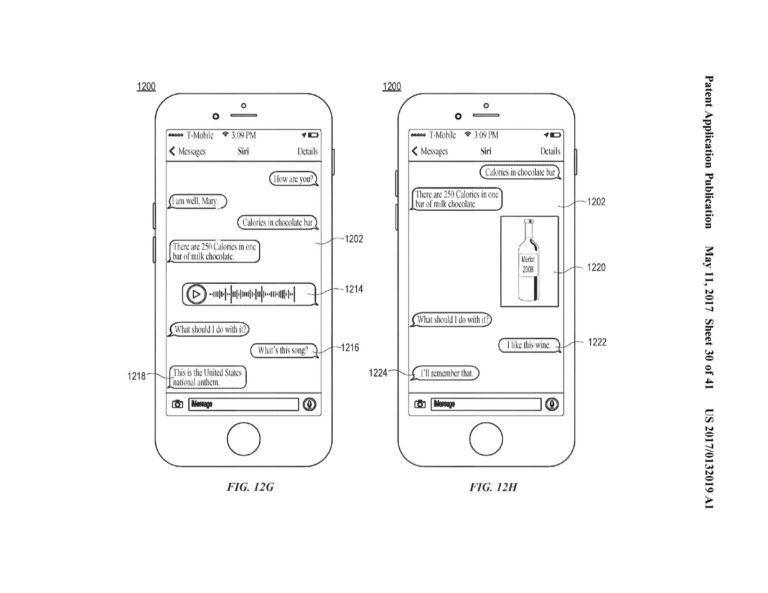 In this illustration Apple is presenting an amalgamation of Siri + Messages App + Image recognition into a new mixed modality of Voice and text interactions that can include other individuals or groups in the chat/audio/video stream.  This is the first time we have seen Apple present this exact embodiment.

The illustration presents a new way of interaction with Siri and a new way to extend your memory as a real world bookmarking system using the camera and deep learning AI to identify things from buildings to products.  We are also seeing the begging of Apple’s Voice Commerce engine telegraphed in this patent as products are identified and soon entered into a transaction for purchases.

Patents offer an aperture into the future.  I have studied Apple patents for over 30 years and can say with certainty, this patent and a series of others are pointing to a massive shift for Siri, Messages App and the new #VoiceFirst system I have been calling HomeBase.

I dive in to the way this patent will change the direction of Apple in a number of ways and present the opportunities it will create for startups and legacy companies.  The Multiplex Memorandum is a feature of the Multiplex Magazine subscription.  You are on the web based blog for the Multiplex App. This plus much more can be accessed exclusively through the Multiplex app found only on the iOS app store.  Though the Multiplex app you can choose to subscribe.  Subscriber features include: 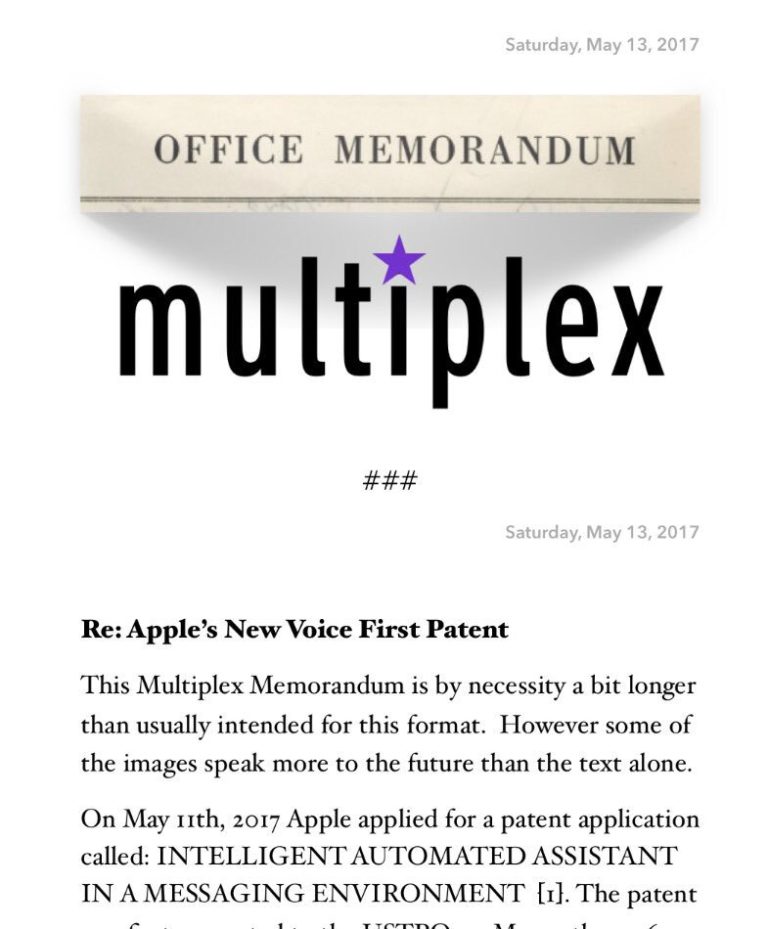