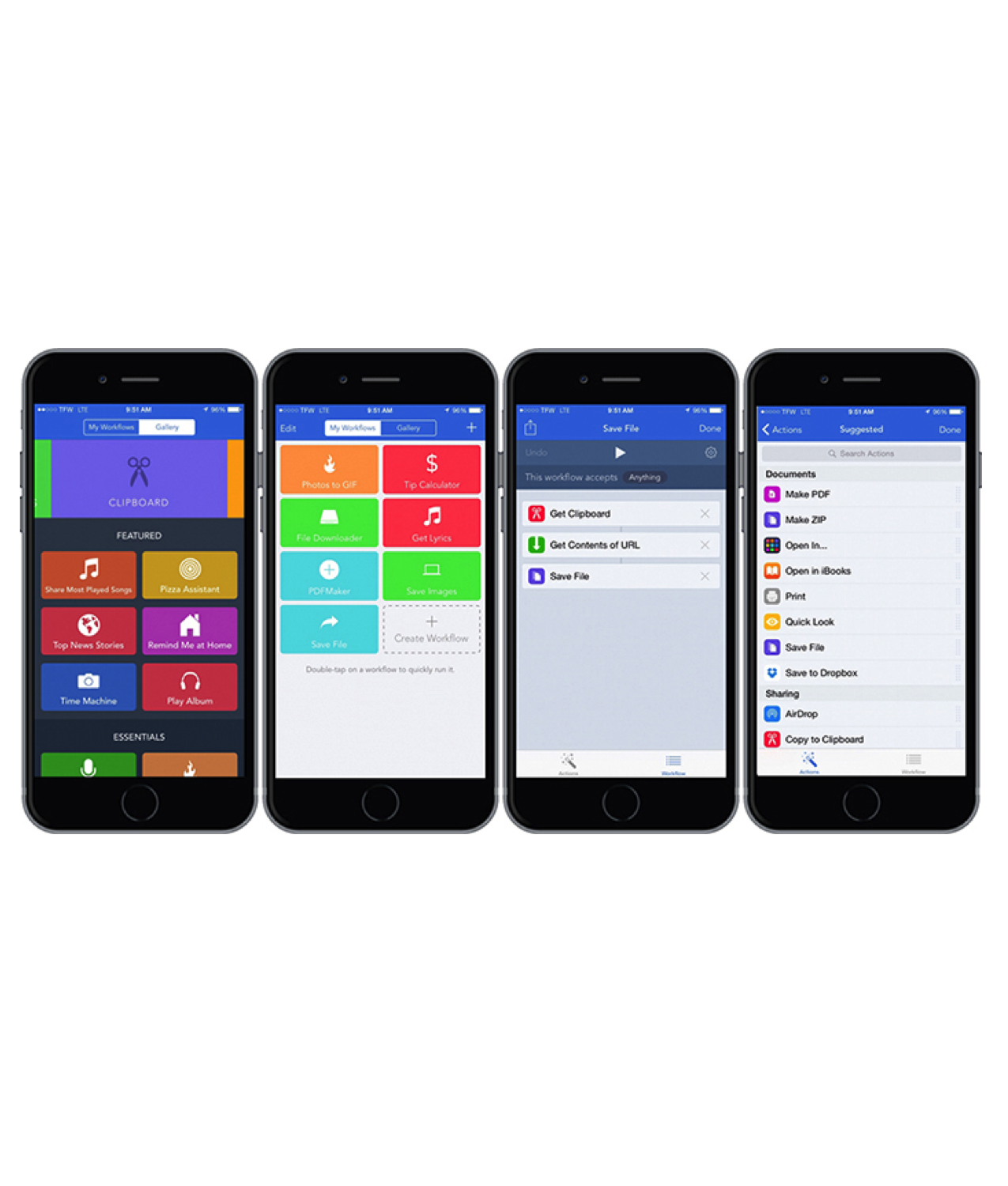 “Hey Siri, Tell Uber To Pick Me Up At 7pm And Let My Friends Know I will Be Late”

Today March 22nd, 2017 it was announced Apple acquired the 3 person company that built Workflow [1].  Workflow, is still available at the iOS app store and may continue on as a stand alone app under Apple after a rebranding.

Workflow is an automation app for iOS that lets you create workflows. A workflow is made of a series of actions, executed in a single flow from top to bottom. You press the Play button at the top, and Actions will execute, one after the other; once it’s done, the output of a workflow the result will be displayed at the bottom of the chain of actions or communicated visually or using Siri’s voice. After an action is completed, the workflow automatically jumps to the next one until it reaches the end. The power of this process lies in the ability to arrange actions any way you want — building workflows that solve either basic or complex problems for you. 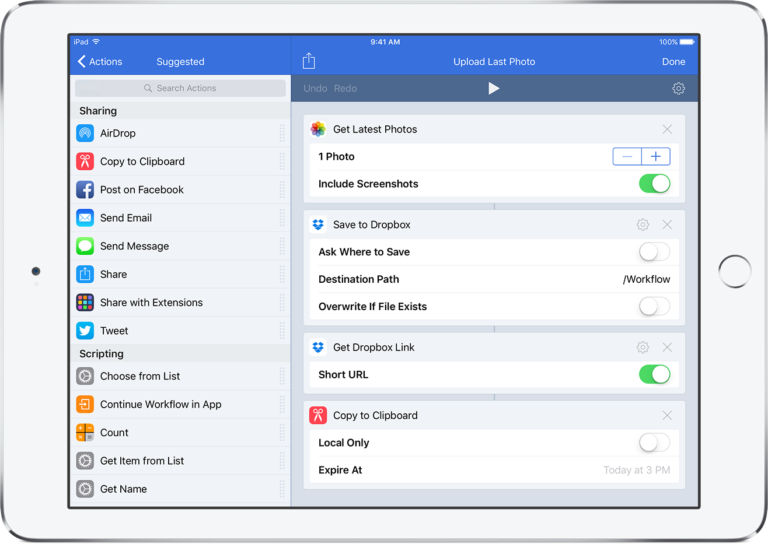 Workflow was deeply integrated with iOS even before Apple acquired the company, actions based on system features native to the iPhone and iPad. The interface actions to display iOS native alerts and menus that look like standard iOS interface elements; text actions to manipulate plain text; actions that work with Photos to fetch the latest pictures from your library.  There are even actions to access data from the Health app and control playback in Music.

The integration of iOS VoiceOver, a system that is hidden in the system menus of iOS is one of Workflow’s crowning achievements. It is very, very rare that any app outside of Apple’s app fully recognizes VoiceOver.  This was so well loved by Apple it contributed to Workflow willing the 2015 iOS design award [2].  Apple Accessibility engineer Dean Hudson said:

“The Workflow app was selected for an Apple Design Award in 2015 because of its outstanding use of iOS accessibility features, in particular an outstanding implementation for VoiceOver with clearly labeled items, thoughtful hints, and drag/drop announcements, making the app usable and quickly accessible to those who are blind or low-vision.” [2]

Apple has been building a very rich developer ecosystem over the last 24 months for Siri.  I call this new Siri and we got a small glimpse of the first steps during the Apple WWDC event in 2016 with the few domains they have opened to developers. The  acquisition of VocalIQ [3] was also a major landmark for new Siri that we will see more of during WWDC 2016.

The addition of Workflows deeply inside of iOS with the already amazing use of VoiceOver as results and feedback will drive a new system that will allow Apple to build APIs into developer apps to a level no other system has to date.  Alexa has the IFTTT service, so does iOS to some degree.  IFTTT is wonderful, however there are limitations to what can be accomplished as an “outsider” not part of the OS.

Power tip: How I have been using Siri + Workflow for quite a while.

When Apple pulls this into the OS and connects new Siri = Amazing! pic.twitter.com/PiXX7xqCZX

Workflow will become the glue that holds together a number of new Voice First domains for Siri. Workflow is a brilliant acquisition for Apple not only because of the app but also the amazing team that built it  Ari Weinstein, Conrad Kramer and Nick Frey.