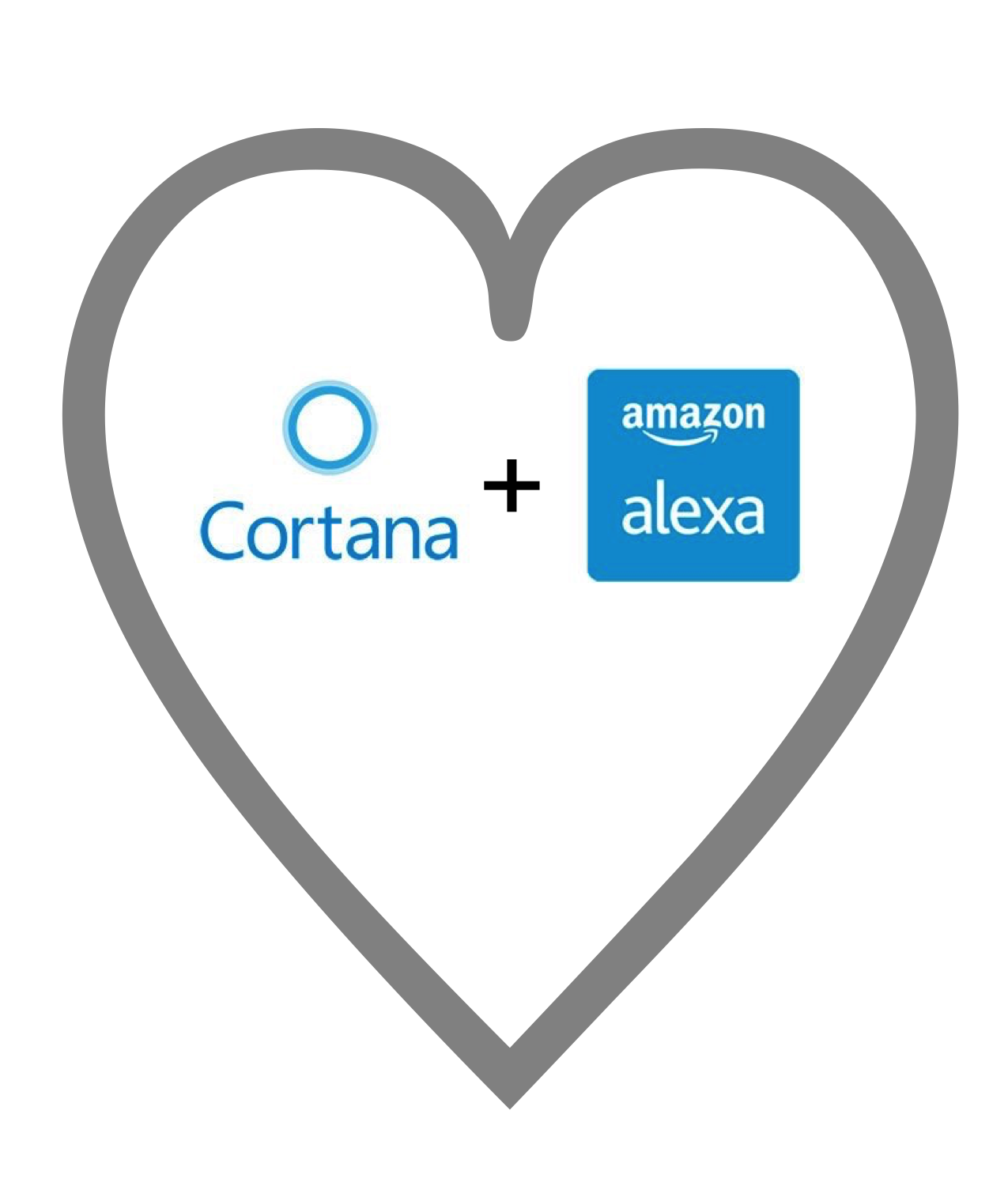 A Historic Milestone In The Voice First Revolution.

“I want them to have access to as many of those A.I.s as possible”—Jeff Bezos

It was 1989, AOL and Compuserve were the primary way for people to send messages via email. Yet each platform before this point only allowed sending and receiving of email only between members of their platform. But in September of 1989 both platforms opened themselves to share messages between each platform members plus to the open new internet.  This was a remarkable shift away from the silos of the “platform” to an open internet and the open World Wide Web internet browser.  No longer were users sanctioned to just the confines of the curated platform, they were open to a new world that offered endless possibilities. 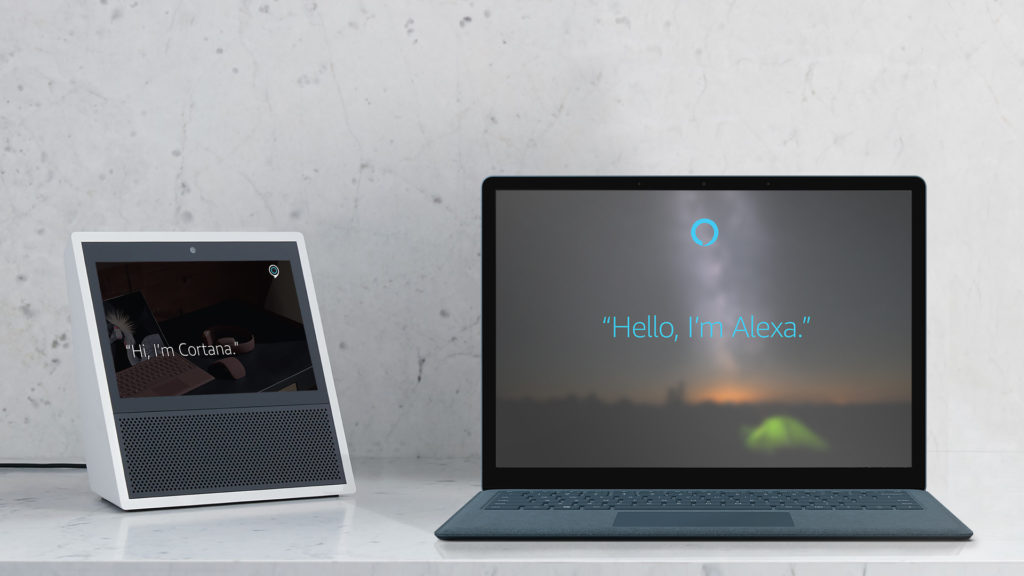 Today August 30th, 2017 Amazon and Microsoft announced [1] [2] a remarkable partnership that history will record was as important as the moment AOL and Compuserve opened their platforms up to interchange and exchange.  Jeff Bezos put it sin the most simple terms: “I want them to have access to as many of those A.I.s as possible”. Jeff went on to say: “The world is big and so multifaceted. There are going to be multiple successful intelligent agents, each with access to different sets of data and with different specialized skill areas, together, their strengths will complement each other and provide customers with a richer and even more helpful experience.”  Ensuring Cortana is available for our customers everywhere and across any device is a key priority for us,” Satya Nadella, CEO, Microsoft said: “Bringing Cortana’s knowledge, Office 365 integration, commitments, and reminders to Alexa is a great step toward that goal”.  The partnership began from an e-mail from Amazon’s Jeff Bezos to Microsoft CEO Satya Nadella.

This new partnership creates a combined pool of users of over 200 million. By far the largest combined platform.  This number grows exponentially as Alexa devices and implications expand and new Windows installs continue.

Back in 1989 I wrote a Voice manifesto presenting a future where we would ultimately lead up to this point. It is historically significant on a number of dimensions. By allowing cross access to each platform and by sharing the potentials of the synergistic additions of new ontologies, taxonomies and domains of information and abilities creates a prospect that is the definition of synergy.

It is hard for even the most astute technologist to grasp the shift that is taking place with the Voice First revolution.  The old paradigm that began with the idea one needs to pick a hardware platform and an operating system was rooted in the early days of the PC revolution. As we moved to the smartphone the same choices surfaced with a choice between iOS and Android.  Yet on the smartphone we began to see the rise of social media and the hardware became to some secondary to the platform that ran on top of the OS.  We see this clearly in China with WeChat.  With the Voice First revolution we are seeing yet another material shift, where the hardware, the OS and most of the features they present become less relevant than the Voice OS and access to the AI domains they bring.

Will Amazon or Microsoft benefit more from the Alexa / Cortana integration?

I think that both companies gain and benefit equally. In the early phase it will be a switch off between each company gaining more use because of the relationship. For example Amazon currently owns the shopping/buying domain, I call this Voice Commerce. The relationship allows access to Alexa and all of the Voice Commerce aspects this represents. Of course in first review, Amazon gains more by virtue of the fact they are a merchant also making a profit on the sales of goods. This is of course true. However on the longer Arc Microsoft will gain first by more use of Cortana in Voice Commerce but ultimately as an affiliate to Amazon’s shopping platform. At some point Microsoft could become one of the largest Amazon affiliates as more Cortana users initiate shopping on the millions of Microsoft platforms.

There is also the existential benefit to both companies to combine forces against Apple and Google. It is likely Apple will not combine forces with Google directly and this creates a sort of large block for Amazon and Microsoft. Although it is clear all Voice First platforms will ultimately be open at some point.

Thus we will see a synergistic expansion of users and use because of the relationship and over time the normalization will be such that both companies prosper from the relationship. History will see it as a Win/Win for both.

Alexa + Cortana Is An Existential Threat To Google And Apple

Alexa + Cortana is a formable and existential threat to Google and Apple. Microsoft and Amazon have missed the smartphone revolution in a noticeable way.  They clearly will not be counted out in the Voice First revolution.  Amazon in particular has captured one of the major aspects Voice mediated AI will bring about.  The concept of hardware and OS is immaterial when you can access Alexa across any platform. Microsoft sees that working with Amazon expands the possibility of domain space orders of magnitude.  One can use the >20,000 Alexa Skills as a basis but it is more than just the current Skill modalities.

Clearly the pressure is on Google and Apple to see a way to interconnect to each other and Alexa and Cortana.  If not, they will be isolated from the new shift in the Voice First revolution.  Siri was Apple’s birthright to this revolution, however neglect has stagnated Siri as Alexa grew.  Apple will make major strides with Siri in 2018 by opening it up to Workflow and deeper iMessage connections. Google has been stuck with a lack of vision on how Google Assistant is really an access point to the ontologies, taxonomies and domains that they currently see as services.  One of the errors early on for Google is the lack of insight by not granting the Google Assistant an anthropomorphic name.  Creative and new and unique thinking is required and thus far Apple and Google have been listening to the wrong advice and vision. 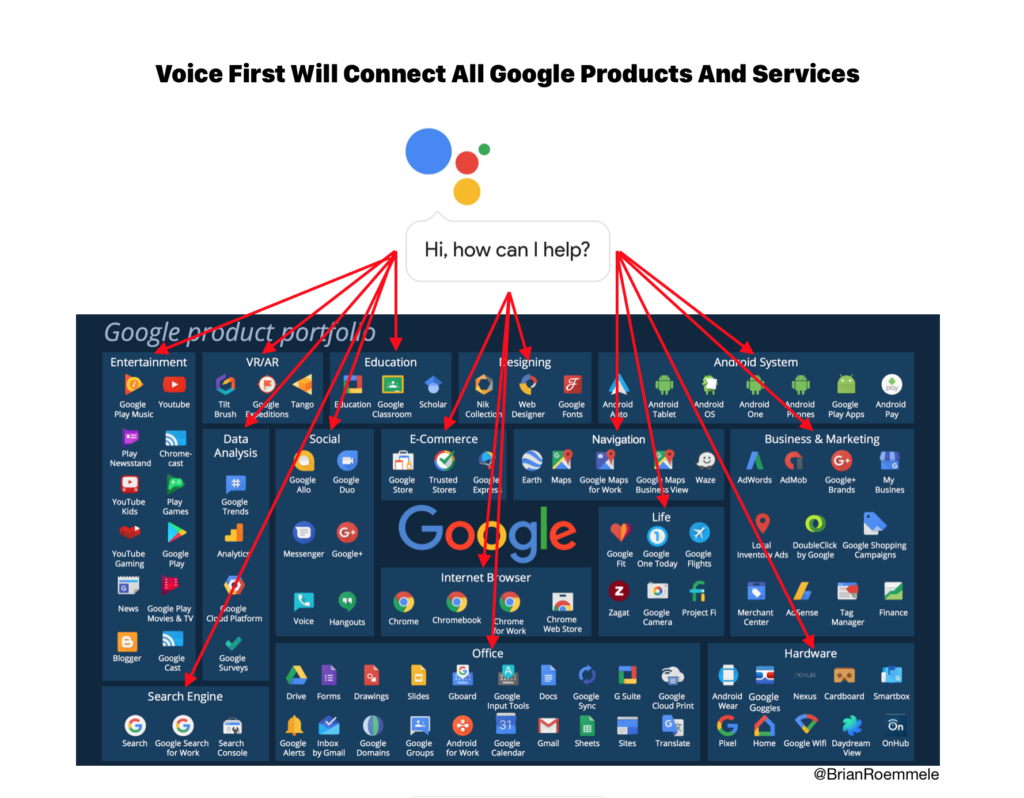 The Voice First Revolution Is Built On Ontologies, Taxonomies And Domains

Alexa currently “owns” the buying/shopping domain and taxonomies, I call this Voice Commerce.  This was made available to Amazon because of a perfect combination of being a merchant and a technology company.  It is no accident that Alexa is a creature of the creative mindset of a merchant.  The obvious is Alexa is simply a conduit to the shopping experience from Amazon. Or perhaps just the original intent of Alexa, a Kindle reading system.  Or perhaps a way to consume an Amazon Music subscription? Of course Alexa is this but the mindset of a merchant sees this in a way that few pure technology companies usually do.  The one exception is Steve Jobs return to Apple, but indeed Apple is also a merchant too. 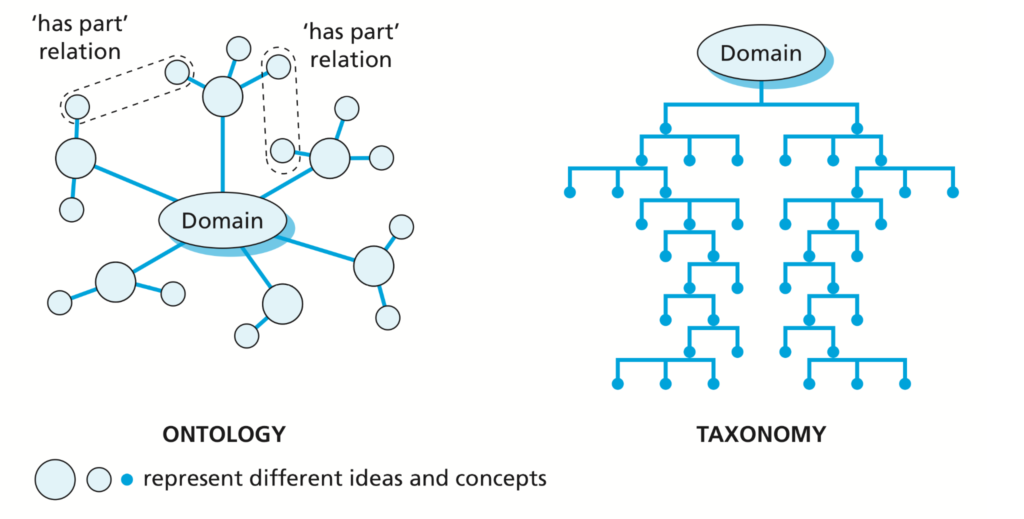 I see Voice First platforms as a uniform way to access AI assisted ontologies. taxonomies and domains.  Apps and Skills can be seen as a domain but also an extended taxonomy.  Conceptually this is quite different from how we currently use the web and apps.  Of course you could simulate with effort what Voice First AI will do to connect ontologies. taxonomies and domains, it will just be a magnitude more complex and in some ways pointless.  With this world view it make sense to see that there is a meta personal assistant that will ultimately mediate the interactions between Voice First platforms conducting on an abstraction layer above Alexa, Cortana, Siri and Google Assistant.  This has been the basis of my early work.  Here is an example from early 2016 [3]:

Ladies and gentleman. #Siri + #Alexa working together with no API and no #ChatBot!#VoiceFirst #VoiceCommerce

With the new Alexa + Cortana world one could reach across the limitations of each platform domains and access the power of each platform.  This has a synergistic effect where one could at a future date construct meta Skills/Apps that use features from both platforms simultaneously.  The results are something that is many degrees more powerful the the sum total of the parts in each platform that contributes to this ability.

One can also view Alexa, Cortana, Siri and Google Assistant as ontologies. taxonomies and domains in and of themselves in a sort of upper recursive way.  We can separate the voice frontends and view them though just the lens of the unlaying AI they represent.  Not only the access to information, but the way they access and present the information.  This can all be wrapped and delivered though any Voice First platform but also operated on in a meta way to produce unique content.

This may all be hard to comprehend at this point, but this is the gravity that is pulling the entire tech industry, not just Voice First AI.  I see Skills and Apps in the same way I see neurons in our brain.  Ultimately there will be an interdependence to each and it will become almost impossible to extract individual Skills and Apps without creating a sort of brain damage.  This also informs my ideas about discovery, invocation and monetization.  It is abundantly clear to me that the current systems are inadequate.  We certainly will not remember the 20,000+ invocation phrases for Alexa today.  Nor can we hope to discover new Skills and Apps by visiting a visual app store.  These are vestiges from a past modality and there are many new ways to solve these issues.

Today the Alexa and Cortana relationship is one big step in this direction of creating a open way to communicate and interconnect with AI platforms.  This is a landmark that points to a far wider future.  We will on the short term choose a platform, we may develop a favorite device.  However on the long term there will only be one platform, this will be your true Personal Assistant conducting and orchestrating the relationships and interdependencies between a million points of light in the AI universe, and all you have to do is talk.  A dialogue with the sum total of all human and machine information, knowledge and perhaps wisdom.