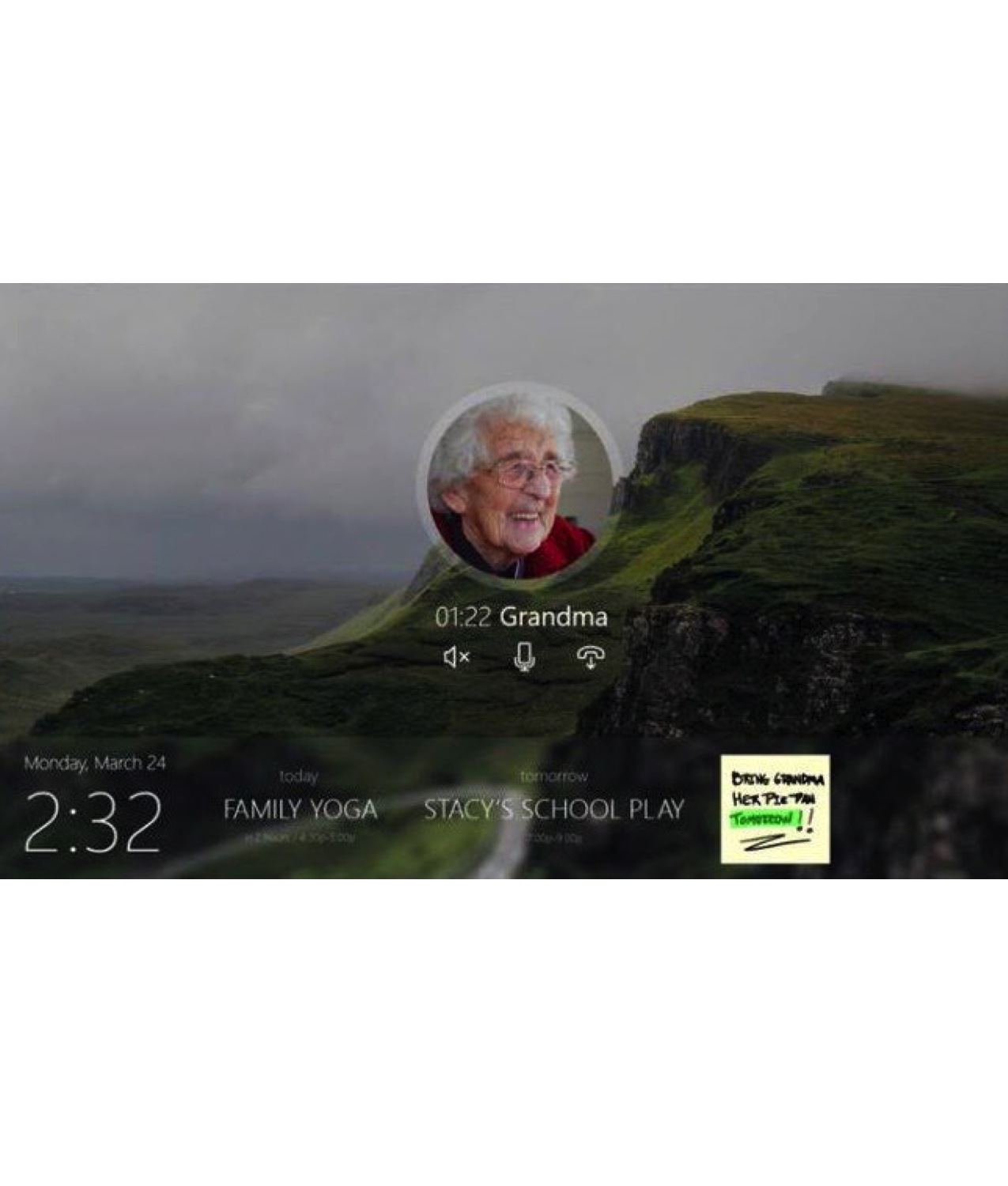 Facebook’s entry into the Voice First revolution will not be a “me too” reactionary response to what is already in the market. Facebook is operating on an entirely different fundamental premise.

I surfaced a Facebook patent that shows aspect of this system’s modular upgrade possibilities [1]: 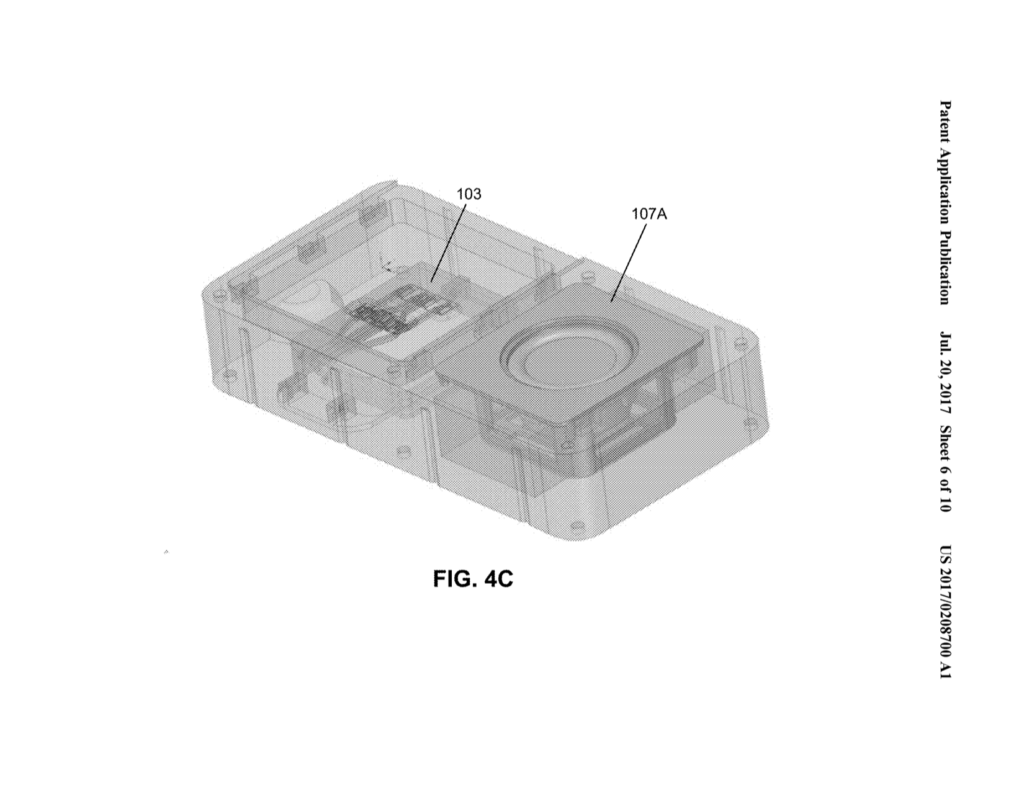 To start, first the rumor (it is going to happen though), that I broke:

Pegatron is already producing a small run of the Facebook #VoiceFirst device for wide testing. Release can be 4Q 2017 or 1Q 2018. https://t.co/GWiafQakNa

Apple, Amazon and Google will be directly impacted by the new Facebook #VoiceFirst device.

The new Facebook @VoiceFirst device is much more than most understand:

This is Facebook’s move to be your AI company. It is a massive move. pic.twitter.com/q41ZUHa0LH

“No, no its AI first not Voice First”—Not At All

Many pundits and even informed technology observers see this move as a foolish attempt of a software company navigating into the unforgiving waters of hardware products. This is very short sighted. For these very same observers promote the rise of AI and how this will be one of the most transformative changes in technology, they miss a very important point, how does one interact with all of this AI? The answer is very simple once we have the benefits of history to look back in 10 years. The answer is we will use the interface that has been optimized for over 100,000 years, an interface that is hardwired into the brain, an interface that Paul Broca discovered deep inside our brain in the late 1800s—we will use our Voice. We will not stop using our thumbs, we will just use them a whole lot less.

Facebook is building a Voice First device because they want to be “the” company that brings AI to the masses. The customer facing aspect of this AI initiative will be voice interaction. This is quite literally the foundation of the new Facebook we will know over the arc of the next 10 years. The AI that Facebook is creating of course will do more than listen to our voice, extract intent and respond to our volitions. The AI will be doing many things unseen. However you and I do not see the engine, the powertrain or battery banks in a new car, we see the human factors, from the exterior to the interior. We touch the steering wheel, our interaction with all of this technology is the customer facing human factors. With the new Facebook, we will interact with all of this powerful AI primarily with our voice. Ironically a car will ultimately become a Voice First device also.

Thus anyone that see AI as the next big thing is overlooking the human factors that will drive this AI. It is not Voice Only it is Voice First, the way we were engineered to communicate.

Facebook is first a sub rosa communications company. Sub rosa because we plough past this aspect when we call it a Social Network. A social network is built on communication in all of its forms. The natural aspect of social media in the early 2000s is to base it on text, than later on images and video.

More than a social network the communication network aspect is an area of massive growth for Facebook. Currently this manifests in Messenger and WhatsApp. Of course this is currently a thumbs based communication platform. The evolution is to Voice, but not necessarily our own voices. Much of the next evolution and the foundation to the Voice First revolution is how our AI systems will speak on our behalf with snippets of actual personal audio, when desired or needed.

The new Facebook Voice First device will feature a 15 inch touch screen. It will also have very high fidelity speakers and a series of permission based cameras. The design will be more artistic and purposeful than anything we have seen in this category. The screen is large and quite impressive for a reason: the Facebook Glance. The Facebook Glance will communicate your Facebook world in a series of windows and screens. Information that you have over the years informed the AI that is of interest contextually right at the moment the system detects your glance. This is not a new Facebook feed, it is the future of Facebook. Even executives at Facebook have confided with me in many meeting that the current Facebook feed has reached a level of fatigue. The curation and the flow make it very hard for the average user to derive any new value from this moodily. So just at the right moment the right technologies have converged.

I am talking about a Voice First Facebook appliance that will create a new Voice First category. Every single Facebook user will be able to participate, you will not need the Facebook Voice First device, you will just ultimately want it. The superior way of combination and interacting will drive adoption.

The Facebook Glance will actually create a 24/7 communications network for Facebook. This will become a platform for consumption of all the elements found on Facebook today, but in an Voice First and AI assisted manner. The experience will be quite amazing and unavailable from any other system in the market.

Facebook will build many new aspect of how we view the experience based on the network effect of these Voice First devices. Once a critical mass is established, the greater part of Facebook will shift to more optimization to a Voice First interface operating the contextual AI.

Facebook knows clearly that there is a shift in the direction of where technology is heading, wee are rapidly moving into the “post PC”, “post smartphone” centric era into an era where the hardware is morphing into segments.

The Amazon Echo Show is another manifestation of the morphing segments the hardware market is forming into. However the Amazon Echo Show is based upon another underlying premise. This premise is still quite valid but it is markedly different and both systems will not only coexist I assert we will own dozens of Voice First systems and when you include appliance perhaps many more [2]. Quite unlike the Mac vs. PC and the iPhone vs. Android phone battles, with the Voice First revolution, we will not be married to an OS. Why? Because our Voice is the user interface, we have a common ground for all of these systems from a user interface perspective. The variable will be ability and deep context. The company that gains the deeper context will be preferred, but it will not be exclusive.

Cost will be one factor of adoption, however at some point these Voice First platforms will be in the $50 to Free range. Thus it will be widely available to anyone.

Facebook’s future, in fact the future to any technology company will rest upon how serious they take the Voice First revolution right at this moment. The ones that talk about AI first are sending the very wrong signals to the customers and developers alike. This is a foolish narrow view of a technologist. The consumer and ultimately the developer community care about the consumer facing experience and this will be Voice First. Each of the major tech companies have major aspect of their businesses disrupted by the Voice First future (e.g. Google: Pay per click, Apple: hardware upgrades, etc).

I know exactly what Apple, IBM, Microsoft, Google and Amazon should be doing today. Some of these companies are making progress, but their own legacies are the biggest restrictive forces. The Voice First revolution is disruptive to the true Clayton Christensen sense and frankly many in these companies are not prepared for the ultimate shift to these new modulates. There are things that each of these company must be doing today to stay not only relevant but to lead this Revolution.

How will Facebook’s smart speaker be different from an Amazon Echo Show in the voice-first era of the home?

It will be different in almost every way one could measure, yet both systems and products will do very well. Many will find dozens of reasons to own both.

[1] New Facebook Patent Shows A New Device. A Potential Voice First Platform. [2] Siri, Alexa, Viv, Google and more: you will use them all.