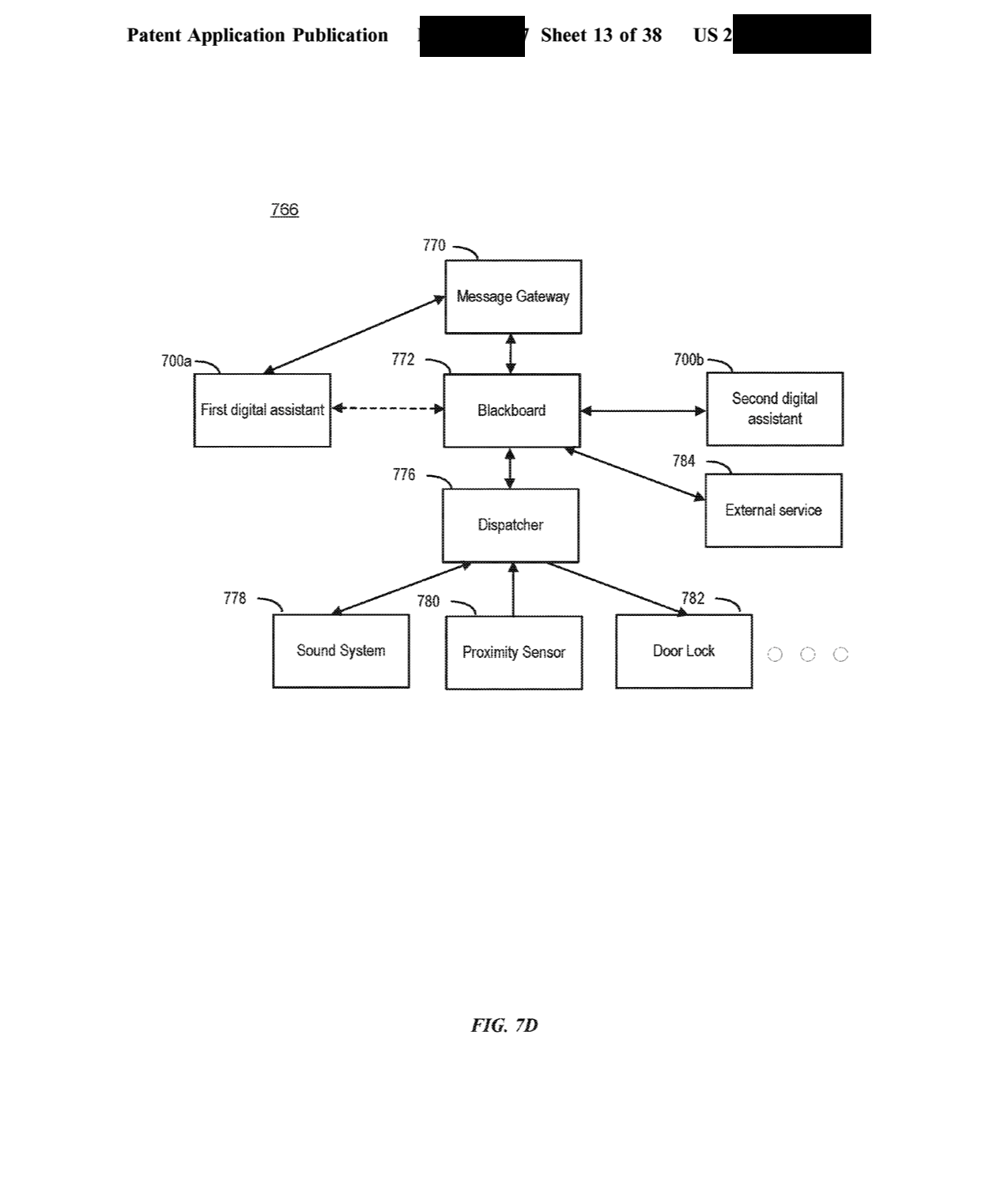 This New Apple Patent Talks About A Voice First Home Hub And More.

On May 11th, 2017 the USTPO released an Apple patent application that is stunning.  This is a landmark patent that describes new embodiments that Apple has never before presented.  I just produced a Multiplex Memorandum for paid subscribers (just $5 bucks a month, you can afford it) on the notable aspects of this patent.  I will present two astonishing new futures.

In this patent Apple makes it clear that the user will be interacting with Siri over a number of devices.  One technique they use is called a blackboard system. A blackboard system is an artificial intelligence approach based on the blackboard architectural model, where a common knowledge base, the “blackboard”, is iteratively updated by a diverse group of specialist knowledge sources, starting with a problem specification and ending with a solution. Each knowledge source updates the blackboard with a partial solution when its internal constraints match the blackboard state. In this way, the specialists work together to solve the problem. The blackboard model was originally designed as a way to handle complex, ill-defined problems, where the solution is the sum of its parts.

The embodiments of this new patent goes into deep detail of how Apple will use the blackboard technology for a new version of Siri.  The patent describes two or more Voice First systems interacting with each other.  In some embodiments the Voice First devices can owned by other users.  This can allow for mediation and orchestration of a number of situations from calendars to solving delegation tasks.

Apple describes one embodiment that is stunning:

You read this correctly, in this embodiment Siri is answering the front door and mediating interactions with guests.  This is a far more sophisticated Siri that has high context and using a shared blackboard system to interact.  We can see Apple diving far deeper into the home with ambient Voice First technology.  There is a lot of embodiments that go even deeper into how the new Siri platform will extend in this patent.

In this patent Apple for the first time describes a stand-alone Voice First device they are calling a “human automation system hub”:

It is very clear Apple is directly speaking about the continuity between a number of access points to this new Siri environment.

This new patent offers some of the most interesting aspects of how Apple will move the new Siri forward.  I called this a landmark patent for many reasons.

Patents offer an aperture into the future.  I have studied Apple patents for over 30 years and can say with certainty, this patent and a series of others are pointing to a massive shift for Siri, Messages App and the new #VoiceFirst system I have been calling HomeBase.

I dive in to the way this patent will change the direction of Apple in a number of ways and present the opportunities it will create for startups and legacy companies.  The Multiplex Memorandum is a feature of the Multiplex Magazine subscription.  You are on the web based blog for the Multiplex App. This plus much more can be accessed exclusively through the Multiplex app found only on the iOS app store.  Though the Multiplex app you can choose to subscribe.  Subscriber features include: 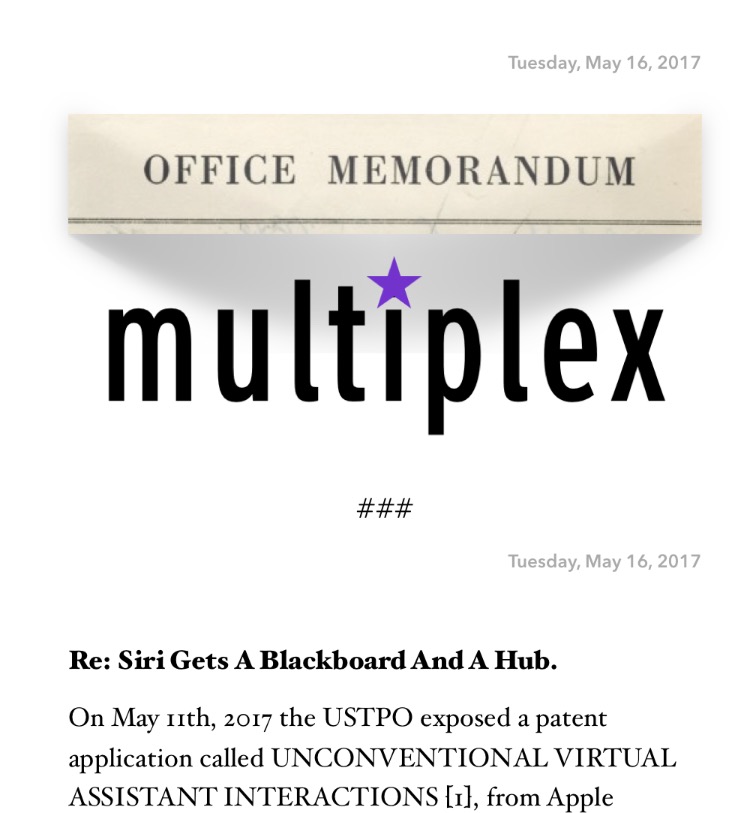