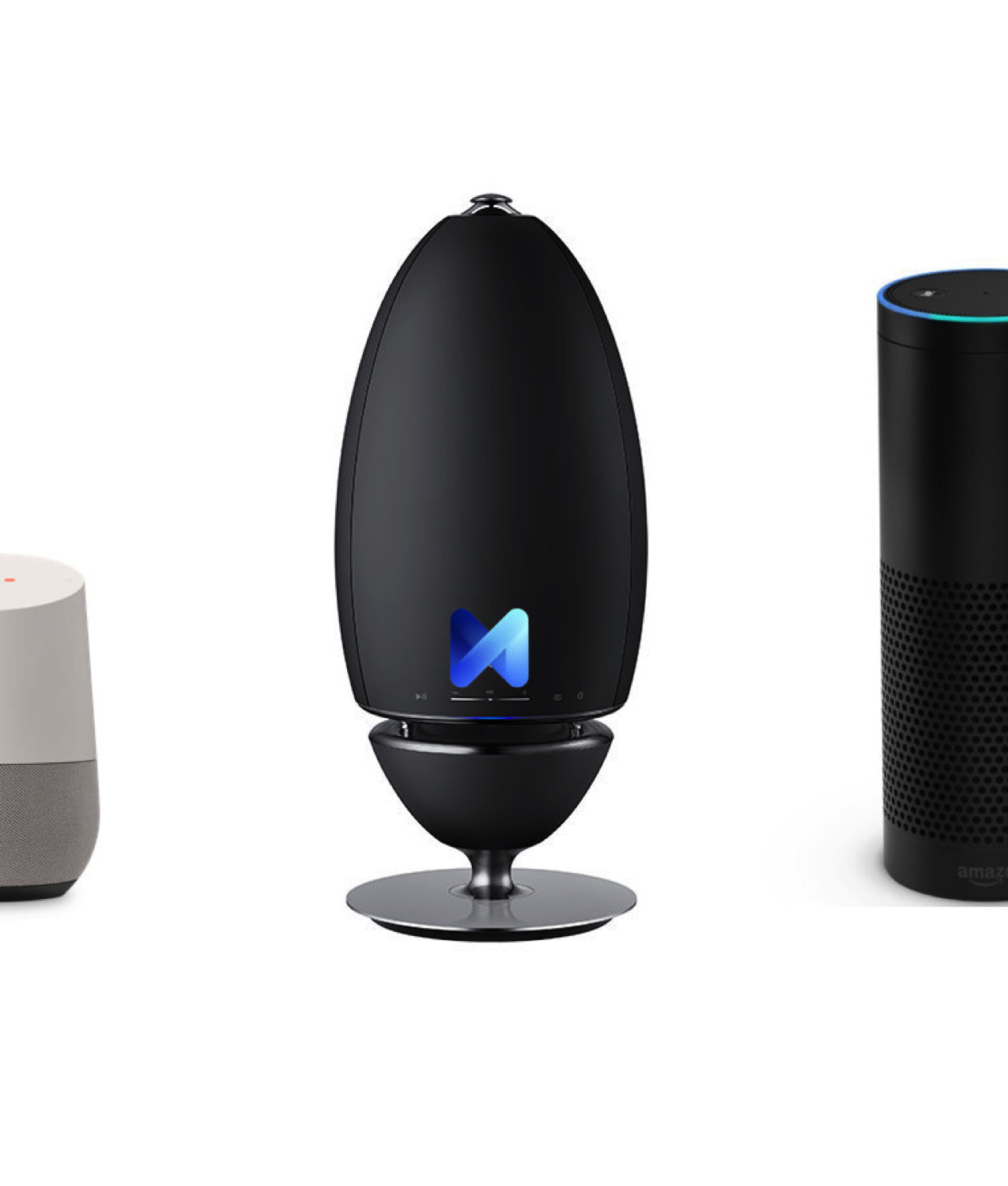 Many Assumed The Bot Was Dead Already, Facebook Made It Far More Intelligent.

Facebook is already the equivalent to the White Pages directory of a bygone phone era, a 1.2 billion-person modern directory.  Today at the F8 conference Facebook is moving to become the Yellow pages and using AI to facilitate the programming to over 60 million businesses on the platform.  Last year’s F8 conference Facebook announced the bot platform and the intelligent agent called M on the Messenger platform.  The bot platform has attracted many developers and also far more users than most observers have understood.  There have been stories of very high engagement and very high sales via the platform.  Although the infrastructure for users and developers have been a bit of a disappointment, the concept has proven itself in places like China.  With Messenger 2.0 Facebook is moving the platform to be far more useful.

While the quality of bots over the last years has been mixed, a year later these new features could help Facebook, which now has 5 million active advertisers, build a wider, more active user base and “reinvent the way people and businesses are communicating” as Facebook’s VP of messaging David Marcus put it last year.  Many tech observers have called bots a failure and assumed Facebook would give up on bots.  In fact, it’s making them easier to use and access than ever thanks to elements of Messenger 2.0 and in particular Chat Extensions, which is a way for multiple people in your group chat to chat with the same business at the same time and thereby create a new way for many potential commerce interactions.  This is all part of the M Suggestions, the wide release of the Facebook M personal assistant feature that rolled out in Messenger a few of weeks ago.

“We’ve created an ecosystem of developers that are now enabling large companies to do different types of things, whether they want to do brand stuff or whether they want to plug into their huge call centers with thousands of people and allow them to answer Messenger messages instead of phone calls”—David Marcus, VP Facebook

There are many elements of the new Messenger 2.0 platform, but here are the highlights:

One of Facebook main goal with Messenger last year was to make businesses use the product more to interact with customers.  With Smart Replies, this will be an order of magnitude more successful at using Messenger. Smart Replies let  businesses with Business Pages use Facebook’s AI bot engine to automatically respond to frequently asked questions such as business hours and contact details. The smart replies API gives businesses the ability to create an AI responder, powered by Facebook’s Wit.ai code.  Today the system will do this in a completely automatic way with no programming on the part of the merchant.  The AI and Machine Learning  (ML) will scan the Business Page and produce an instant and useful response to basic questions.

Over time the ML will become more informed about successful responses and constantly update to deliver the correct or desired result.  At this point Smart Replies are limited to basic questions and intents, in the future this will expand to far more complex operations that include commerce.  For example placing a food order at a quick service restaurant would be a next likely avenue that is not much more complex than scanning a FAQ page.  I also see this extend into web commerce with the same very high potential for commerce.

Smart Replies will bring millions of small and medium sized business into an area that would have costed perhaps thousands of dollars.  This solves the chicken/egg problem to populate the Bot platform, overnight millions of business can be on the platform making it a very useful platform.  Small and medium sized merchants can focus on responding to questions that fall outside of the abilities of the AI and over time the AI will have the answer ready.  Today Facebook is starting off by providing this service to restaurants in the U.S.; eventually, it plans to roll it out to other sorts of businesses and in more countries.

The Discover Tab is front and center in Messenger 2.0.  This is no accident.  The same AI that is being used on all other Facebook projects is present in the Discovery system.  The AI is used to develop context.  The easy context is location, the focus is more on helping people find the right businesses in their location.  “The number one thing businesses want is to be discovered, so we are connecting the White Pages, the people’s directory, with the Yellow Pages, which is the business directory.” said David Marcus VP of Facebook.   When you tap the hexagon icon on the bottom right, you’ll see a list of Featured businesses along with popular bots, what’s nearby and a bunch of categories like Food & Drink, Entertainment and News. From there you can find out more information about any business, book an appointment or simply start a conversation. There’s also a search field if you want to talk to a specific store.

One of the key new tools on the  include a Discovery Tab for finding relevant and recently used bots. In the future developers can apply to have their bot featured in the tab.  Once the ecosystem is built up around the Discover Tab and the ML understands your context better, this will become a very powerful personally tailored place to find useful suggestions.

Chat Extensions are the developer structures that will allow far more use of the new Messenger 2.0 features. It  will let users conduct tasks within a chat that they used to coordinate via Messenger but perform elsewhere, meaning you had to leave the app.  An example is OpenTable reservation you can make dinner reservations with a bunch of your pals in a group chat while the conversation is flowing. Another example is having dinner delivered, M might pop up a suggestion to place an order with your favorite restaurant. And then you can do just that,  from picking what you want perhaps a Pizza or Thai food to actually paying for your meal. This is done with all of that AI complexity, all of that neural network stuff, pre-built for developers and the merchant.  Delivery.com is actually doing this now on Messenger 2.0 and the suggestions will get better over time as it learns more about you and your context better.

Facebook is also rolling out features for businesses to make it easier to manage conversations with multiple bot developers, for example, enabling a businesses to run  a personal shopping bot and a customer service bot built by different vendors.

Chat Extension are a powerful feature as it allows for endless possibilities not just in groups but individually with-in Messenger 2.0.  For example you can research travel on Kayak and book the travel inside the app with-out visiting any other sites.  This will fundamentally change how business takes place in a world where people are using less and less apps.

Parametric Messenger Codes are a tool to drive offline-to-online traffic to bots.  Businesses can generate separate codes that can be used to activate different bot functionalities when each is scanned. They can generate multiple Messenger Codes for their bot and see which ones are being scanned the most.  For instance, a hardware device can feature parametric codes to allow people to link their account and control the device. This can be a huge advantage to for setting up home automation systems and other hardware that may need a few complicated steps to establish. Other uses can be in commerce ordering and payments.  We can envision a system where one could use these codes to complete transactions and allow for the built-in payments system in Messenger to complete the sale. 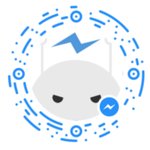 Another example Facebook presented is inside of restaurants, where they can assign tables using different codes, giving a bot a way to know where food should be delivered.  This can also be extended to become a system where patrons can sit at the table and oder food via Parametric Messenger Codes and have it delivered to the kitchen staff for preparation.

Some may see this as QR codes 2.0 and in some ways it is. In most ways it isn’t because of the ease in the scanning, just press the camera button in Messenger. But also far different in the way it connects to an AI bot platform that can do far more complex things.  Over time the Parametric Messenger Code can become a sort of button to perform very complex actions.

Parametric Messenger Codes may become a new form of payments over time as they become widely used bypassing companies like Apple, Google, PayPal, Square and Stripe.  This feature alone may be one of the most disruptive.

There are more than 100,000 bots for Messenger, most are not very well made and have a dubious existence.  The example of M, a bot also will be an example of how this system will expand.  M will become smarter with far more personal context over time as it monitors your Messenger conversation for cues and chimes in with suggestions.  The new developer tools and features announced in Messenger 2.0 we will see a shift.  Just Smart Replies alone will ultimately bring a tremendous number of new merchants to the platform.  By building in more utility in Messenger, Facebook is solving the classic chicken/egg problem where there are not enough features with the expansion to millions of businesses Smart Replies.  Smart Replies also solve the issue that some notable tech pundits have with AI not being good enough yet to answer useful questions.  Facebook is solving this issue with self-learning AI, ironically.

All of the features found in Facebook Messenger 2.0 have a very logical conclusion, to become embodied into a Voice.  More specifically a Voice First system like Alexa.  Mark Zuckerberg has demonstrated Jarvis as a Voice First demonstration of what a near term future of M bot can be like.

It is clear that Facebook is signaling this Jarvis/M Voice First future.  Some will argue that Facebook is only concentrated on VR/AR.  Voice First systems are a form of AR and with the expansions made to Messenger it is just a Voice Recognition step away to see this take place.  I think we will see Facebook create a reference device along with activating the system in the apps.  It may happen soon than most think, perhaps in the next 12 months. 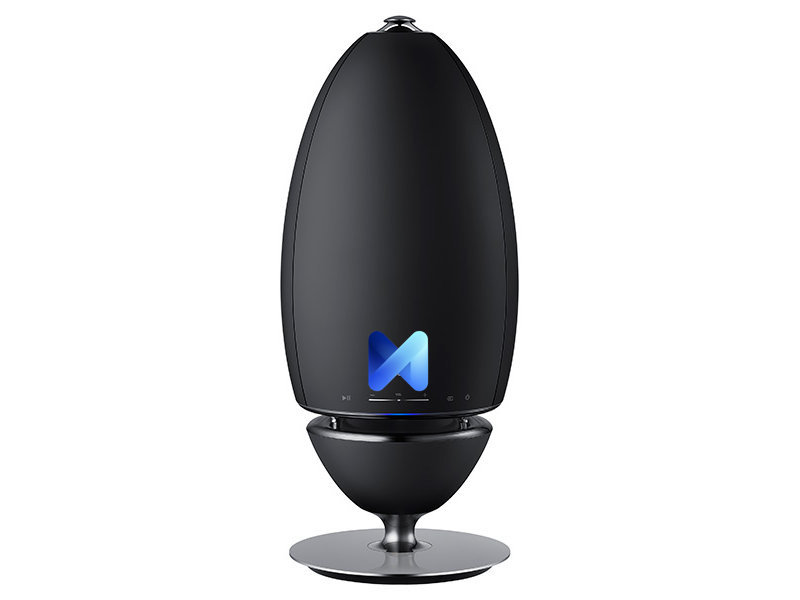