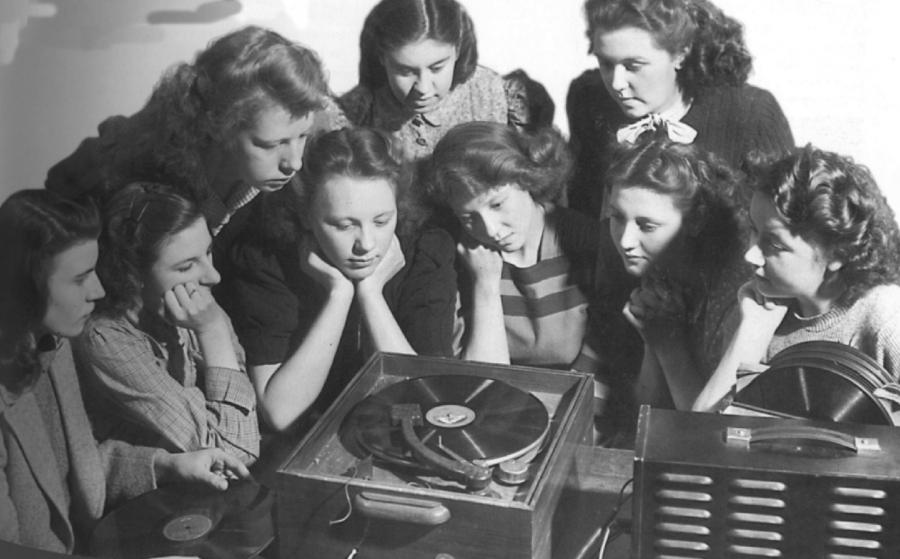 Most Tech Revolutions Start With The Youth

In the early days of the 1950s a convergence of technologies took place.  This allowed for the cost and the modalities of use case to shift for the phonograph player. Although invented by Thomas Edison in 1877, it took nearly 75 years for the technology to become more portable and less costly.  At the very same time the music industry and the radio industry were also transforming. The served to feed the demand of the next generation of what the new industry called Record Players.  The demand from the age cohorts between 14-17 years old began to rapidly expand as the costs rapidly declined.  Moms and Dads complied with the requests to get a record player for their sons and daughters and by the late 1950s just greater than 85% of this cohort had a record player.

This was though to be a mania by many observers and most adults could not quite understand the underpinnings that were driving this to  a massive cultural peak a decade later in the late 1960s.  Simply put most adults found the use cases and sound quality of these cheap record players to be sub-standard.  additionally they found the amount of time spent using record players and the music choices to be perplexing.

I present the light history of the record player as it was the first time in history where the youth cohort drove the rapid growth a  nd adoption of technology. Even though adults have had access to this technology for a period of time, the right circumstances presented the youth cohort to create a new demand that ultimately influenced adults decades moving forward.

Most recently we have seen this phenomenon play out with the rise of social networks from MySpace to Facebook to Instagram and Snapchat the youth cohort has perplexed even the age group just in front of them with the adoption patterns and use.

In all most all of the cases where the youth cohort drive a new change it is first ignored, it is soon ridiculed and explained away because:

We have all heard these bromides and no doubt have even used them ourselves.

Those Kids Think Computers Should Talk

It has been my empirical observation that the youngest cohorts have not only and instant affitny with Voice First systems, once exposed, they tend to expect this from all computer devices.  I see this with children as young as 3 years old.  I also see it in the very same cohort that made the record player and social networks popular, 14-17 year olds.

Recently, Accenture a leading global professional services company with services and solutions in strategy, consulting, digital, technology and operations produced the 2017 Accenture Digital Consumer Survey of 26,000 people [1].  The results of the study show they very same early patterns observed with the record player and social networks.  The results of this study also confirms my research and empirical observations.

I will point out two slides: 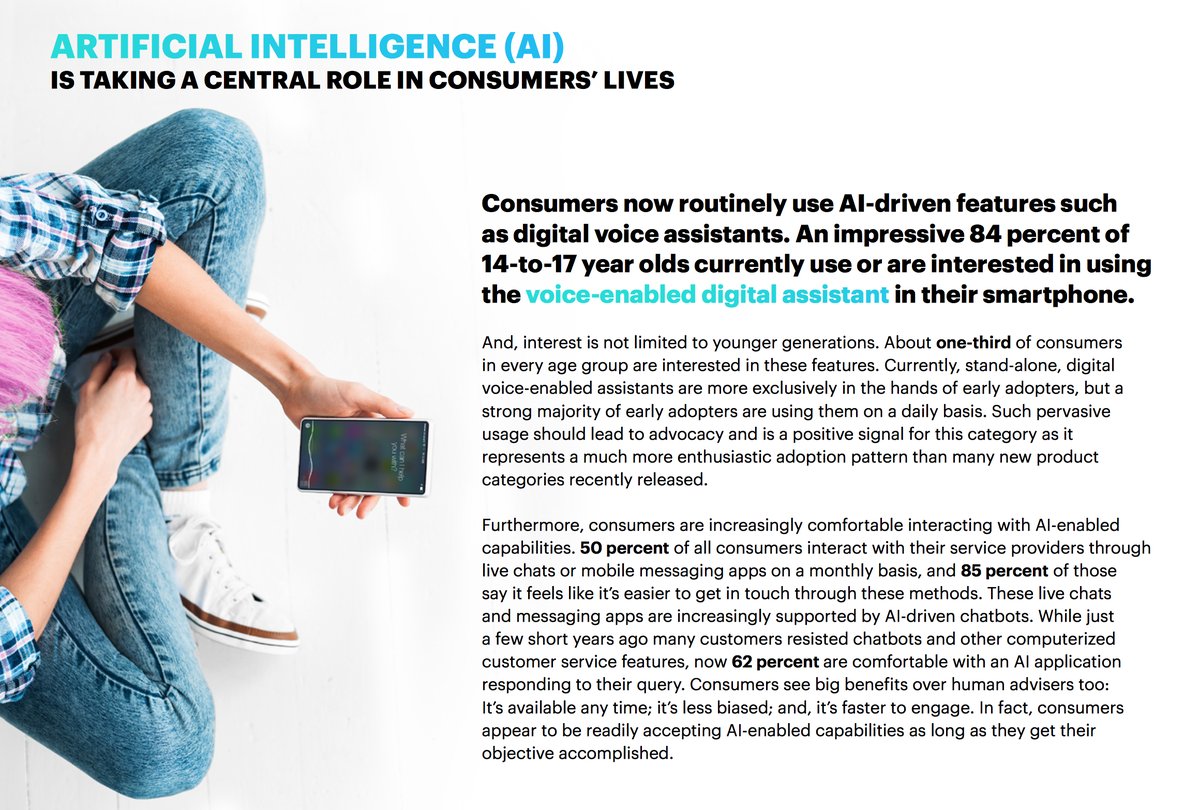 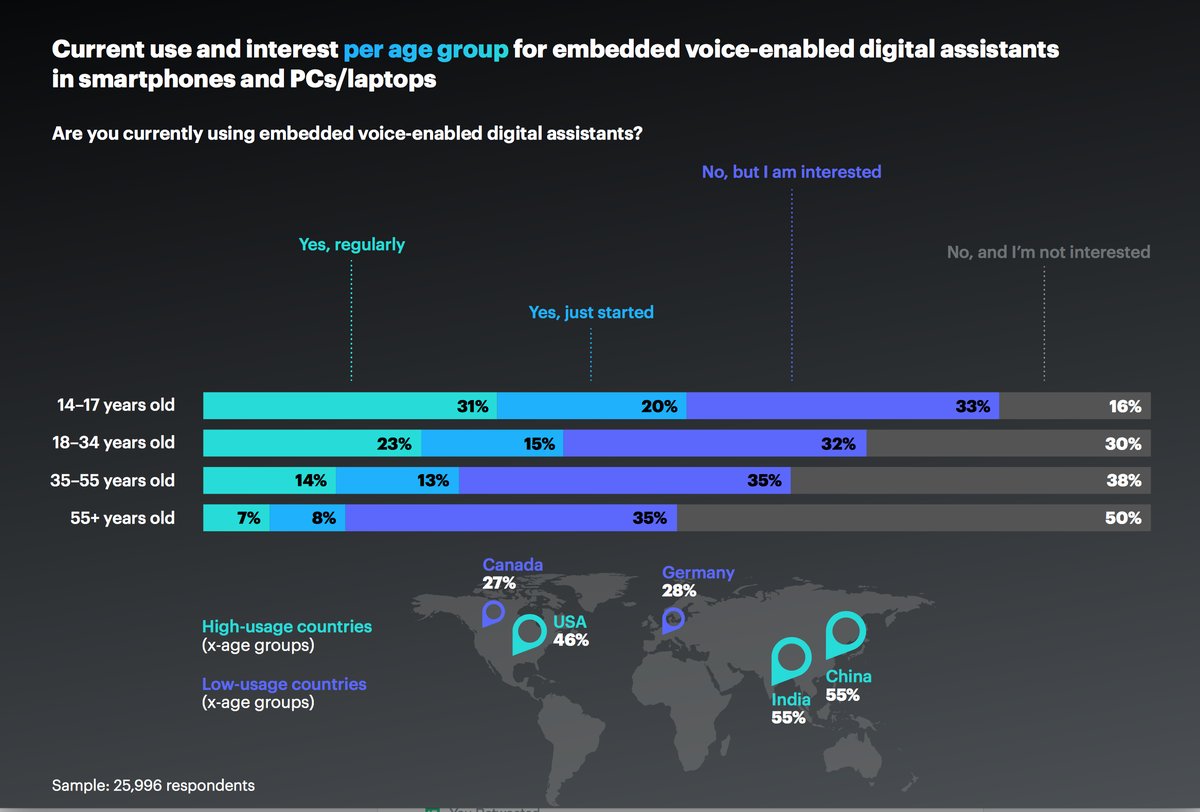 Many find the insights about the rapid and expanding adoption of Voice First modalities to be surprising.  However just like the driving forces behind the record player and social networks, there seems to be little doubt the youth cohort will rapidly begin to up influence the next age cohorts and slowly work its way to older adults.  At the same time because the access to Voice First is intuitively built into the human, it seems to be less of a technology revolution and seen by many very well informed observers to be a edge case and a novelty.  This thinking enabled Amazon’s Echo and Alexa platform to quietly gain wide adoption across the US, primarily outside the tech centers for most of 2014-2016.

In 2017 we will see the youth cohort begin to expand and build on these platforms and as they age, their expectation is to be able to talk to any computer device.