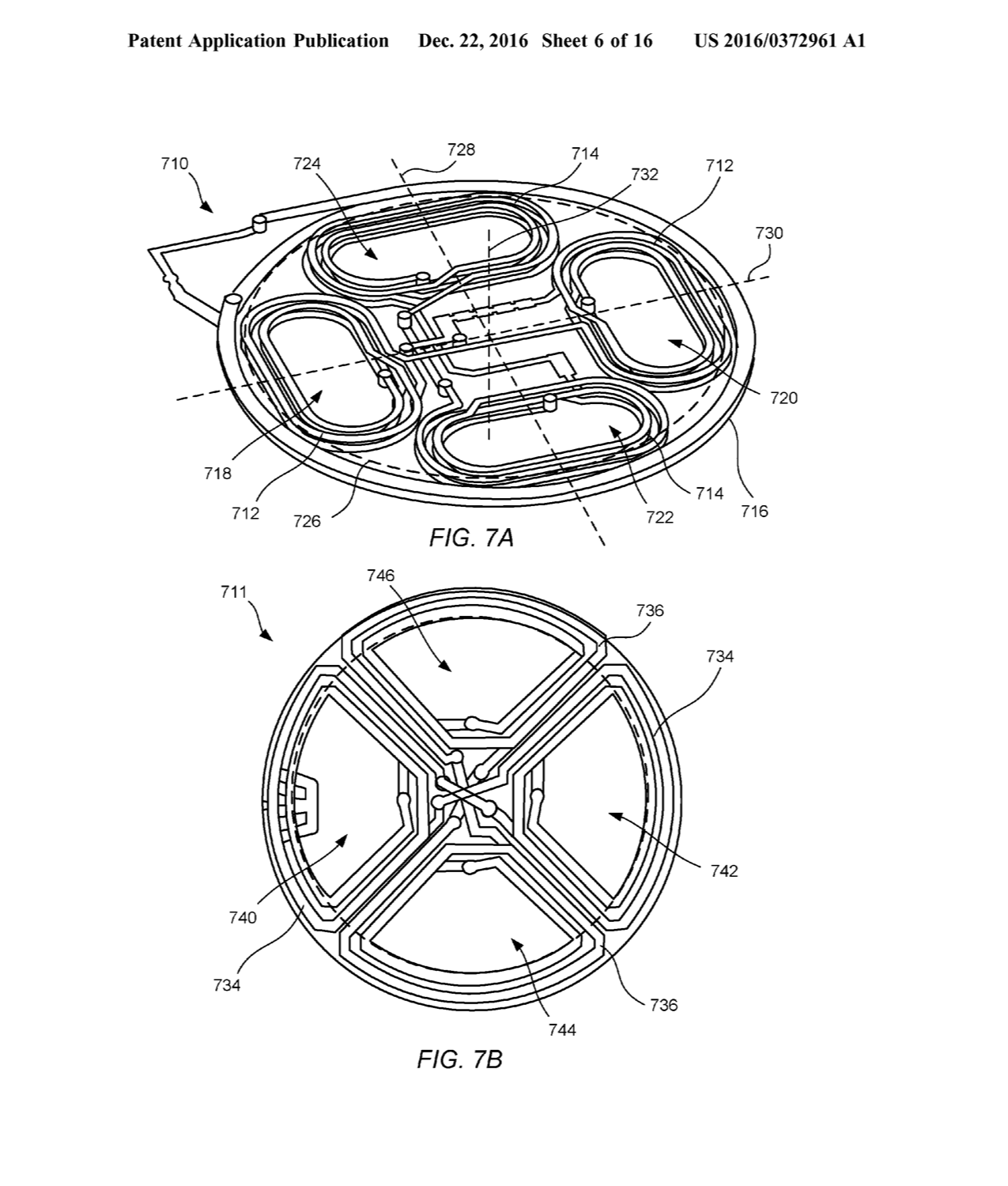 Get Ready For An iPhone With Wireless Charging

There is a 100% certainty that the next new iPhone model has wireless charging. Meet the Apple Store charging table patent [1].  This patent is part of a pair [2] of newly announced patents that were just released by the USPTO.

Here is the abstract:

This is an inductive loop charging system.  The system technology in and of itself is not new.  However the implementation is new for Apple. Inductive charging had the first introduction by Apple in the Apple Watch.

This new patent shows that Apple will be moving to a completely wireless experience soon.  One  that may produce an optical data transfer system I will talk more about in 2017.